January? I think it means snow!

Oh my...did we ever get snow! The dogs weren't sure what was happening to their 'bathroom' spots, but they did appreciate how clean it looked, at least temporarily... 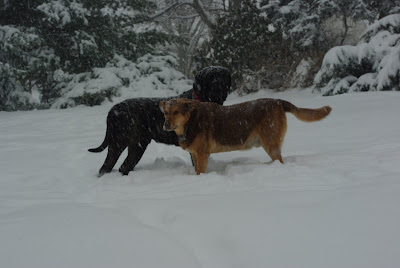 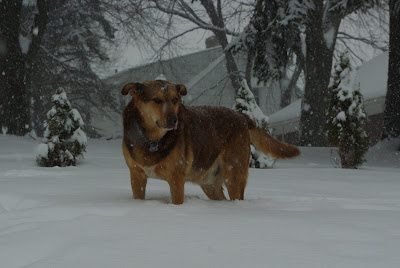 Bill, who always looks confused, looked COLD and confused. He felt it was his mission in life to eat all the snow. He worked on that job for months! 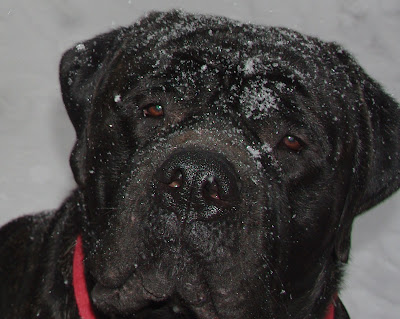 and most mornings, he'd come out and there would be more snow!

Then one morning, we not only had snow, we had ICE! 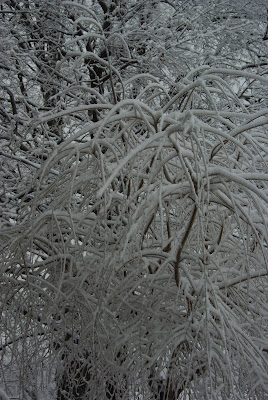 Mark didn't seem to mind it. Every day after work, he'd get on the tractor and plow. 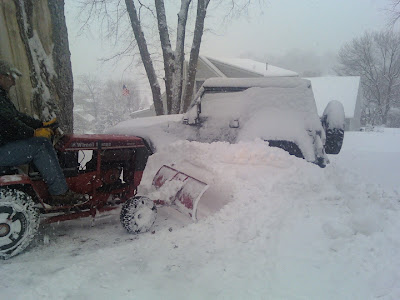 We did have some excitement... 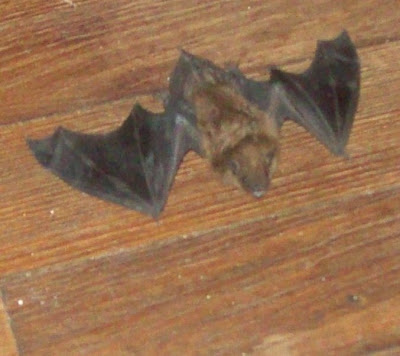 How many bats are out in mid January? This one didn't look too frisky, though. The boys captured it and took it outdoors.

Tony played hockey. No, not ice, but inline. Since he played in an adult league, their rink times started at 9PM and went from there. This game, when I decided to brave the cold (the rink is not inclosed, nor is it heated in any way. It's right on the Ohio River too!), started at 11 PM. 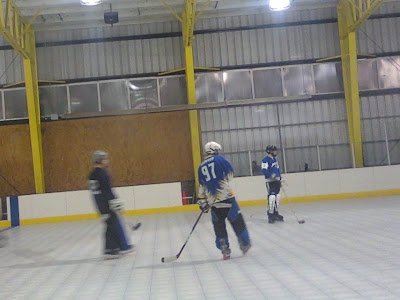 And then, guess what? It snowed again...here's what a jet ski looks like in January in Pennsylvania: 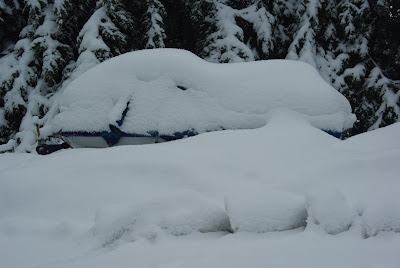 Since we're thinking summer, he's what a lawn chair looks like in winter: 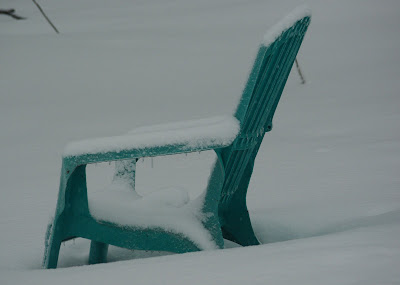 Yes, it was a boring month, right up to the end. That's when Mark, his brother Mike, and two of their sisters made a trip up north to Potsdam, NY to, visit their uncle and to watch the super bowl with their cousins.

While he was gone, it snowed even more: 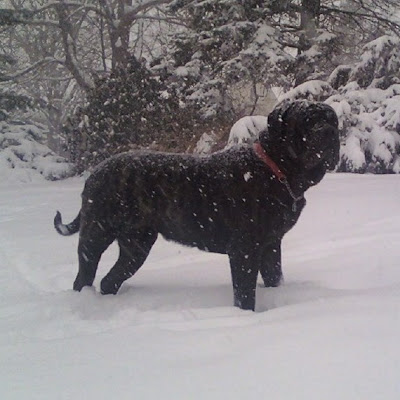 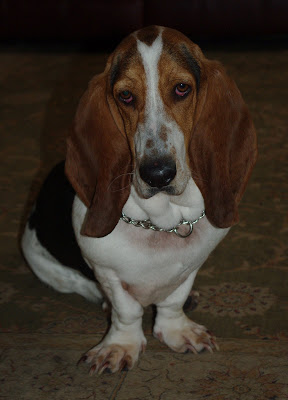 Isn't she precious? She's an 11 month (when we got her) Basset Hound. Tony had one that looked a lot like her when he was small. He loved that dog! 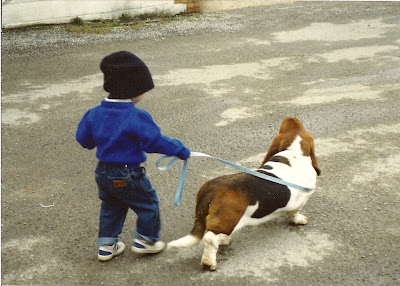 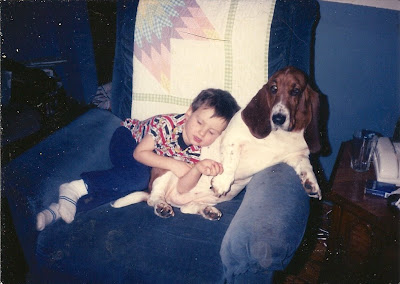 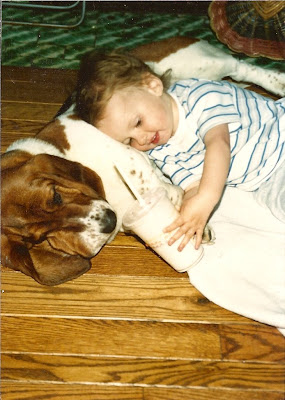 That's why Tony has a soft spot for Basset Hounds.

Hey, that's it for January. Come back tomorrow to see what Mark said when he got home!
Posted by Jan at 12:01 AM