Rolling on the River!?!

Yesterday I left home for the river
Without my phone.

A whole day without a phone?

I'm still feeling weak and wobbly but I will recover!

The problem is that I had only my DSLR camera
so I didn't get many photos...

But we headed to the river to meet Andy and crew...
And "Uncle" Cody

It was an early Labor Day picnic
and Andy's 33rd birthday.

We ended up with 6 other people
(again, no photos but the are probably thankful)

We sat and talked, watched the kids play and finally we decided it was time for a 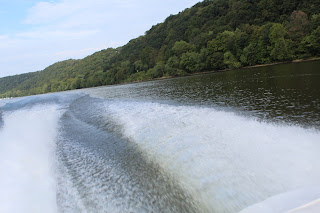 Of course I grabbed my camera bag! 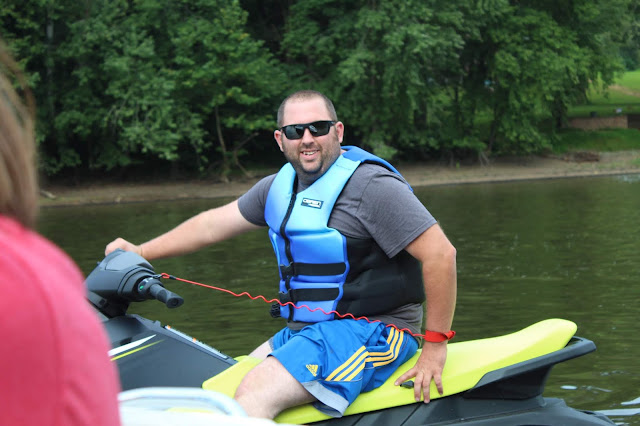 We all have great memories of our jet ski days...

That's Cody, paddling our jet ski.  Not sure why! 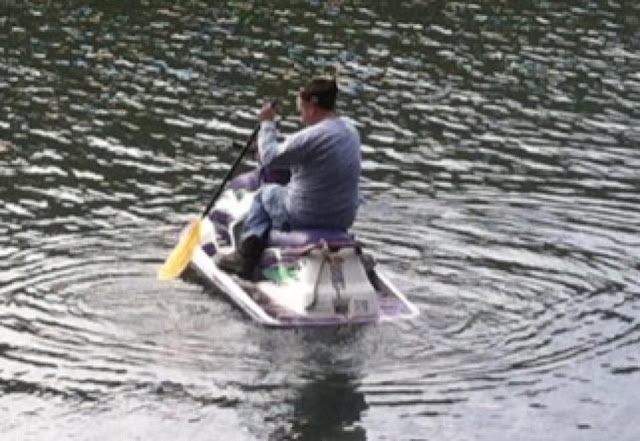 All willing and portable dogs got to ride... 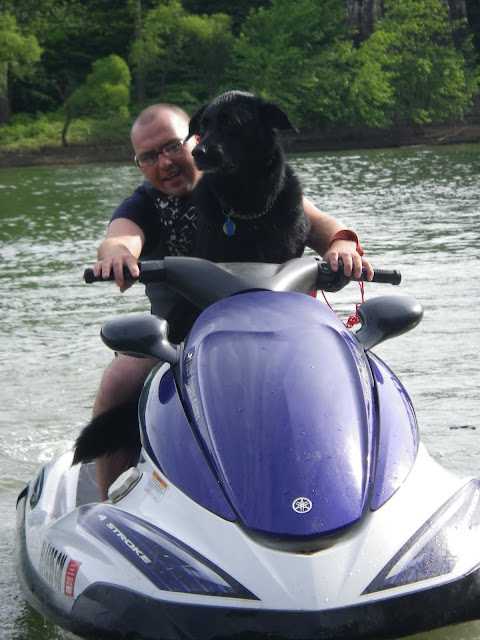 Locklan decided he could take pictures with my DSLR...

Yesterday I had to delete 200+ photos that he took.

He wanted to photograph the 'castles' along the river... 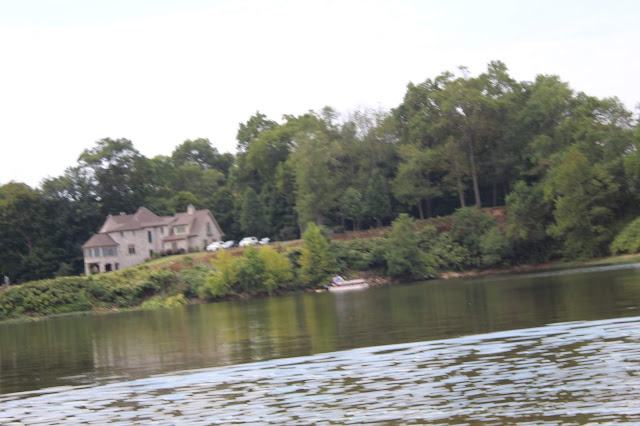 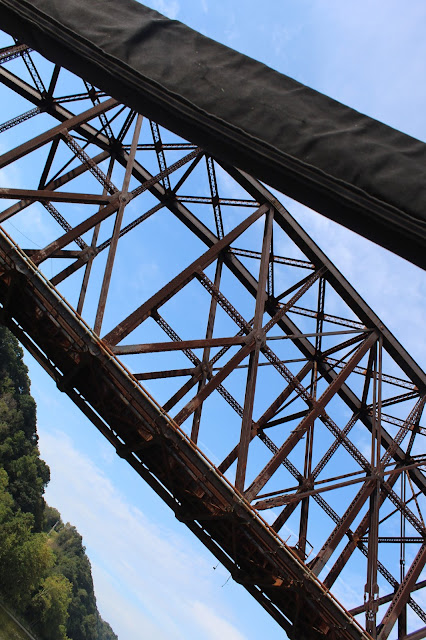 Family tradition is to cover your head when you go under a bridge,
a thing my father did with us when we were kids. 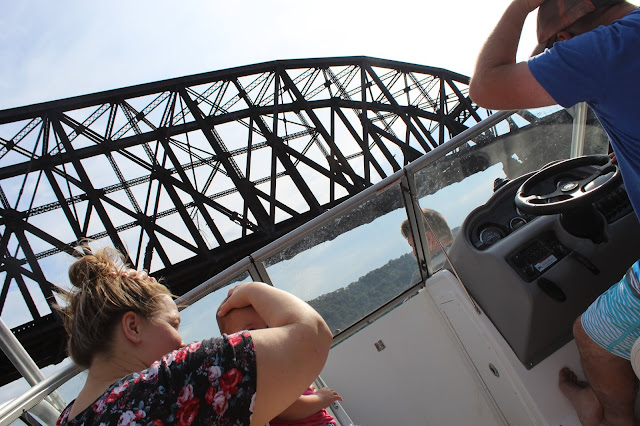 Locklan decided he wanted to swim.  Andy stopped the boat and took Locklan
to the back of the boat. 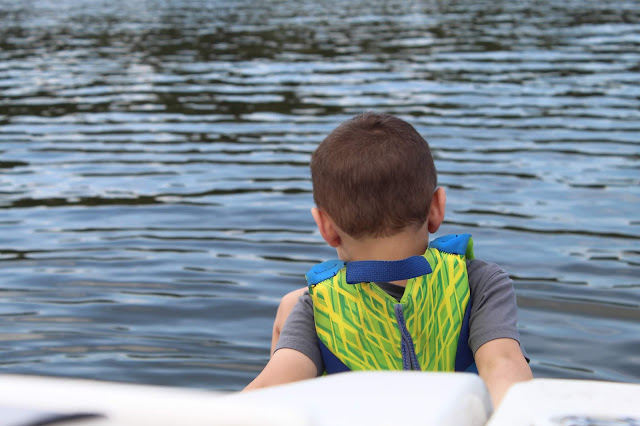 He dipped one toe in and decided it was too cold!

He's such a hoot! 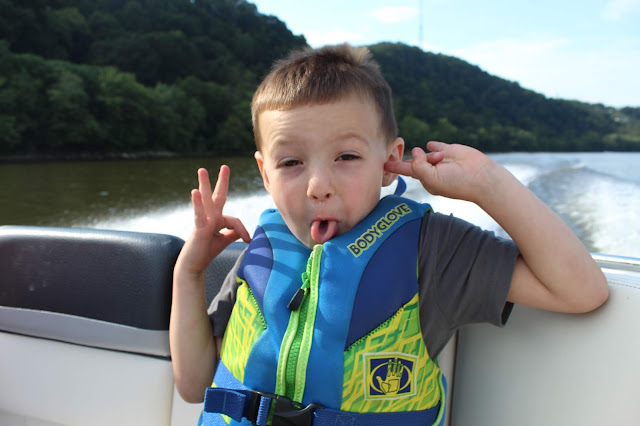 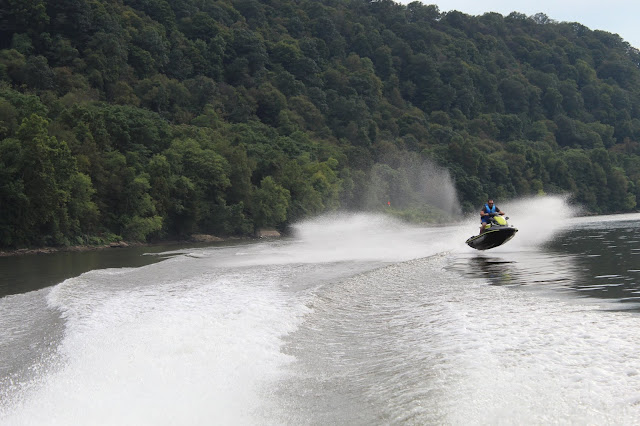 We kept asking Locklan if he wanted to ride...

He kept saying no.

Finally, he said he'd ride but only if his dad drove
and only if he went "very super slowly slow" 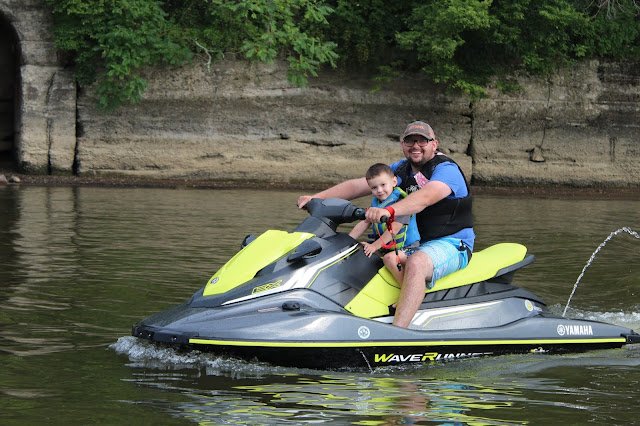 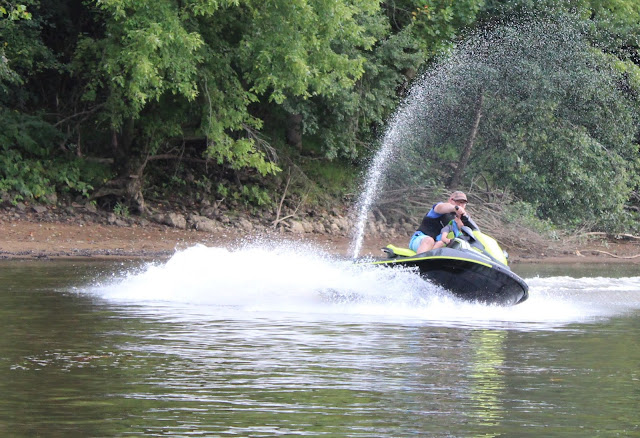 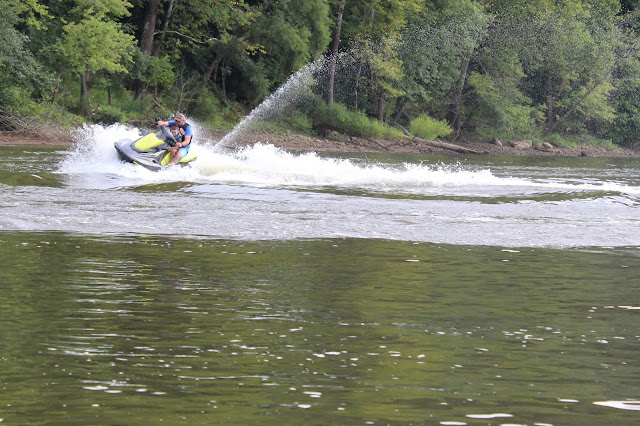 We always spent so much time at the river...

This is our 11th year there.

We barely used it this year.

The weather was horrible.  When it wasn't raining, the river was so high and filled with debris.

We had damage to the docks.

It's hard to believe that summer is officially over.

Tomorrow, the neighborhood kids will be back in school.

Locklan will start his second year of preschool...