I thought this would be a nice, easy weekend
Ashley was out of town, Andy had other plans...
Tony and Mindy and Henry decided to come to camp.
Later that day, we got a text from Mark's brother, wondering if we were going to be at camp on Saturday.
They sent a few hints... 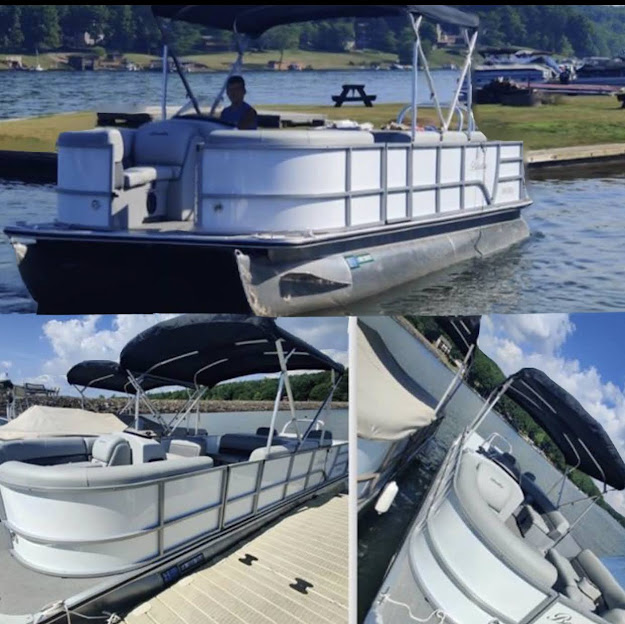 And on Saturday, they came up to take us for a ride! 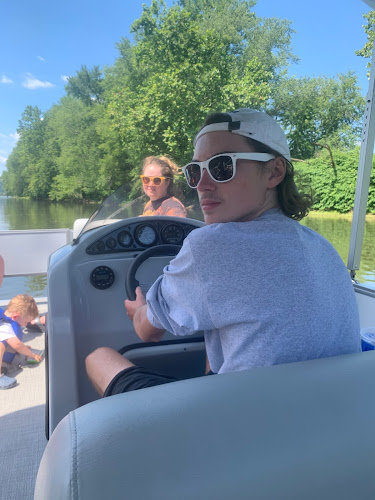 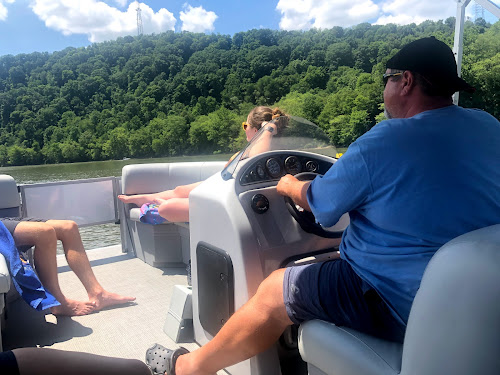 What a great boat!
Henry liked that he could move around more than he could on our boat...
until he got tired... 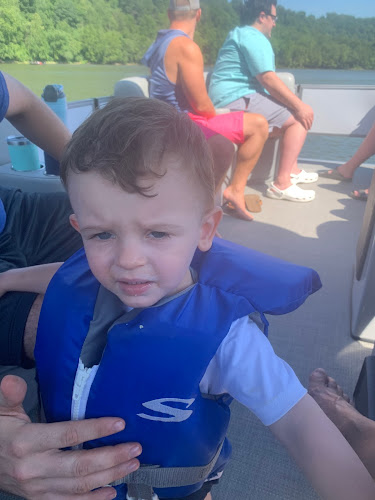 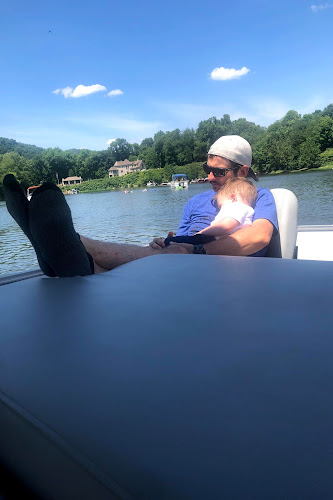 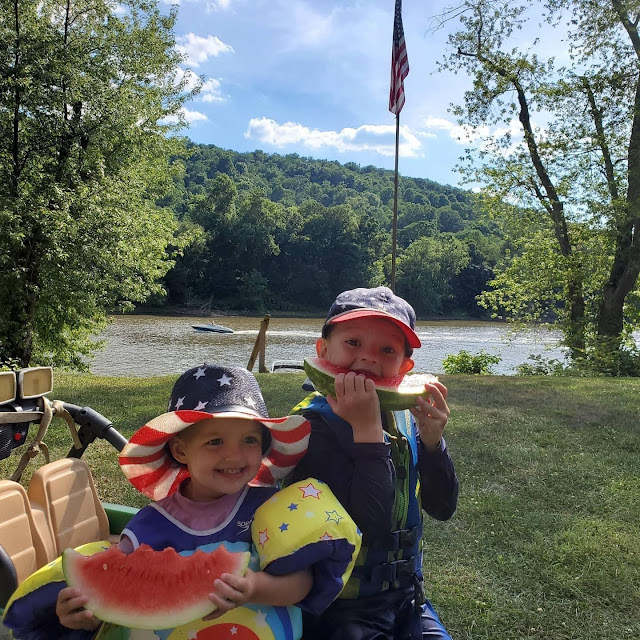 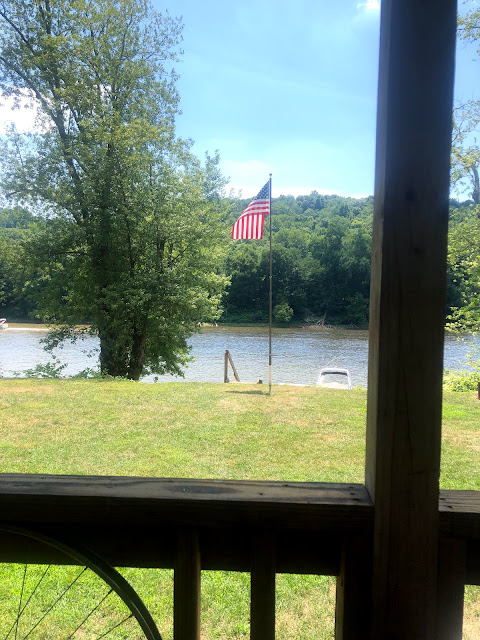 Tony took Henry out on the kayak to get to the other side of the river to throw rocks and wade,
we had a good dinner and a slow and easy boat ride!
On Sunday, by time Mr. K and I got to camp, Andy  and kids were already there, along with Tony.  Mindy and Henry would join us after Henry's nap.
Tony and Andy decided to take the kids across the river to (of course) throw rocks and wade. 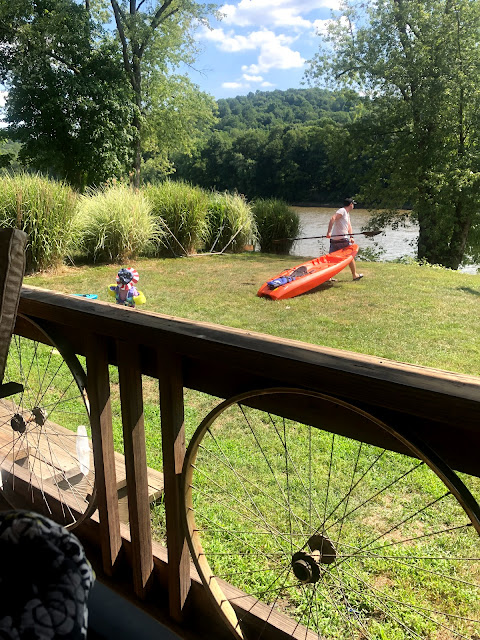 Of course, Tony had to ride the kayak down the hill into the water.
It's tradition!
Teagan was ready to go! 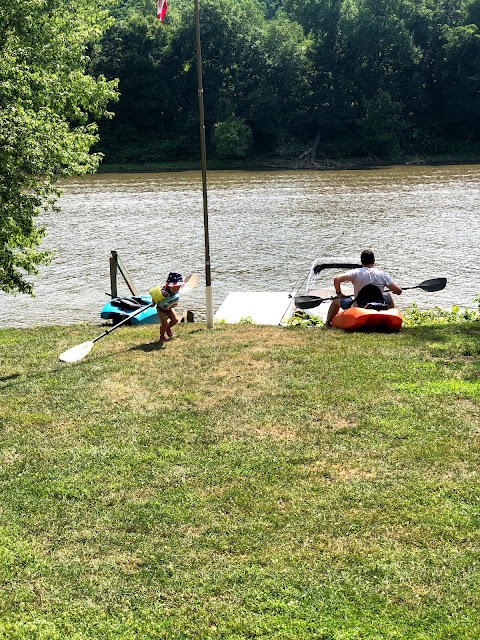 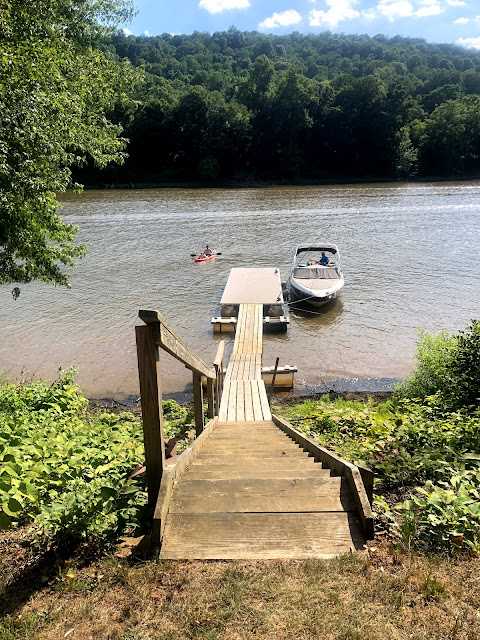 After dinner, we decided to take a ride up river...
The guys threw in the anchor, donned life jackets and jumped in!
Teagan always wants to do what the guys do. 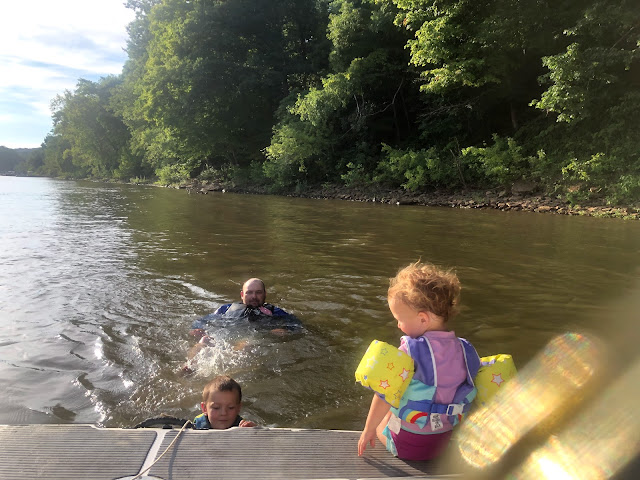 and she usually does!
There is a rope swing upriver from us.
It's been there since before we moved in, 11 years ago.
Of course, the guys have to take a turn or two.
Andy went first! 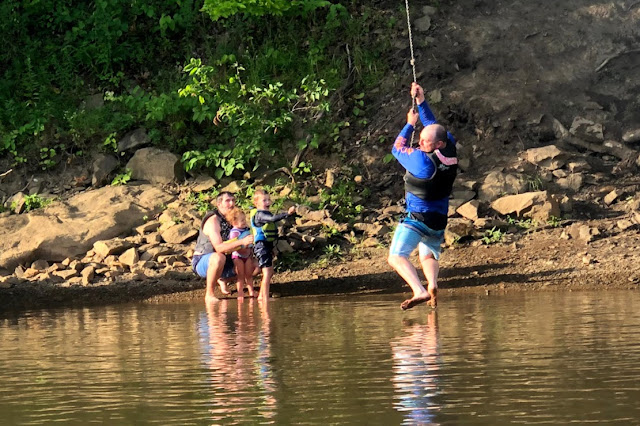 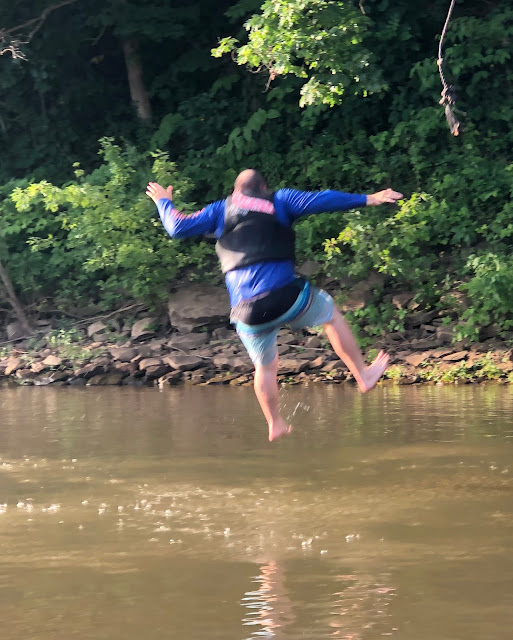 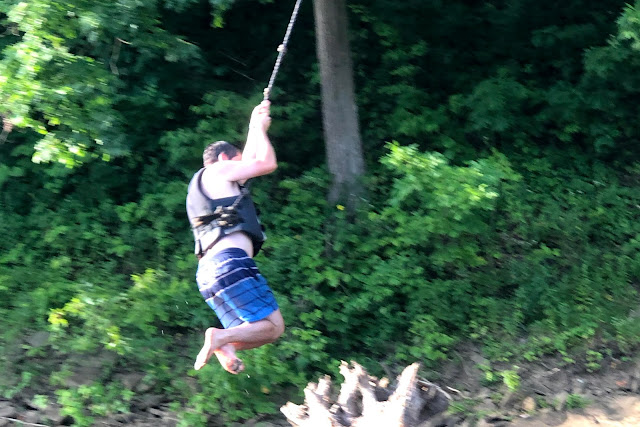 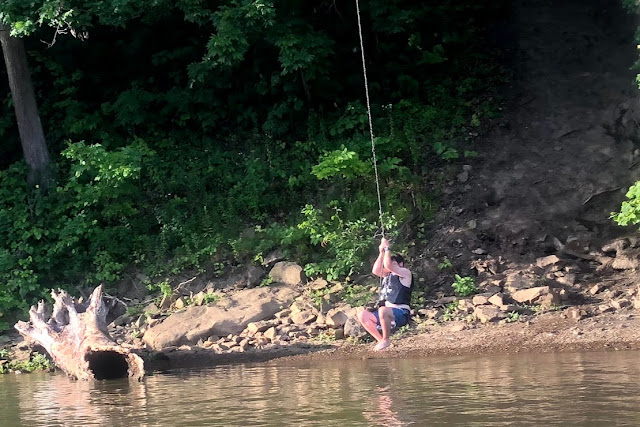 And then Locklan wanted a turn. 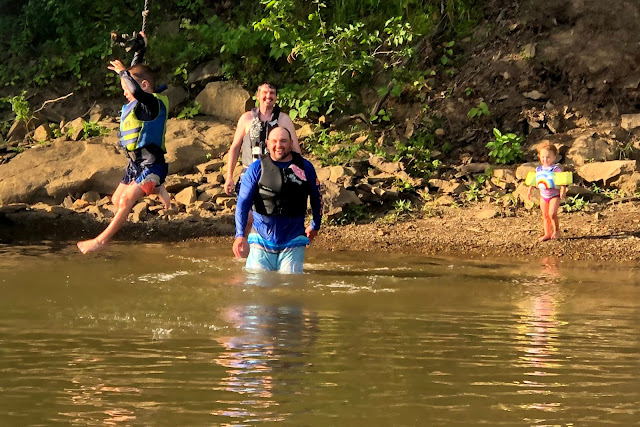 Suddenly Teagan decided she wanted on!
And of course, Daddy and Uncle Tony made it happen! 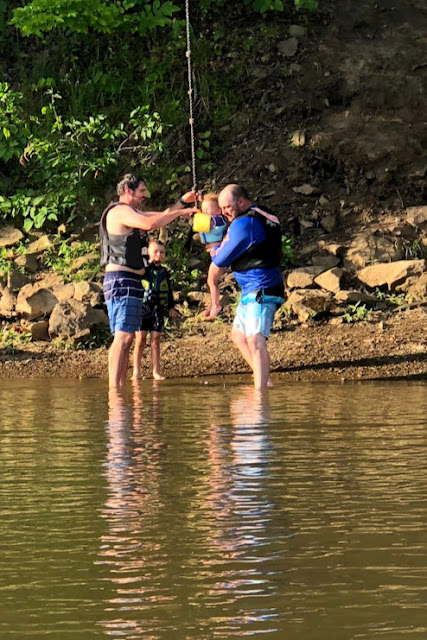 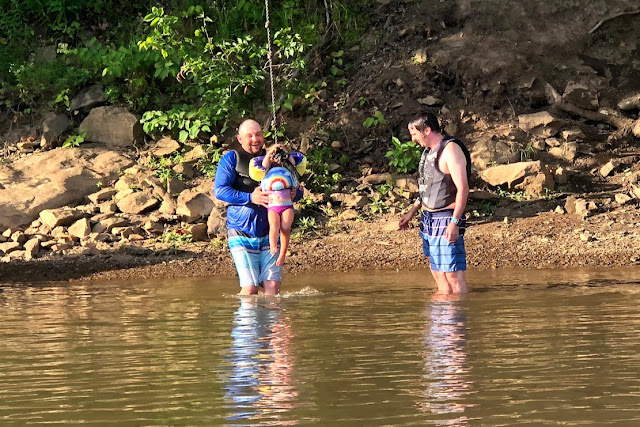 Where was Henry while all this was going on?
At first he seemed interested... 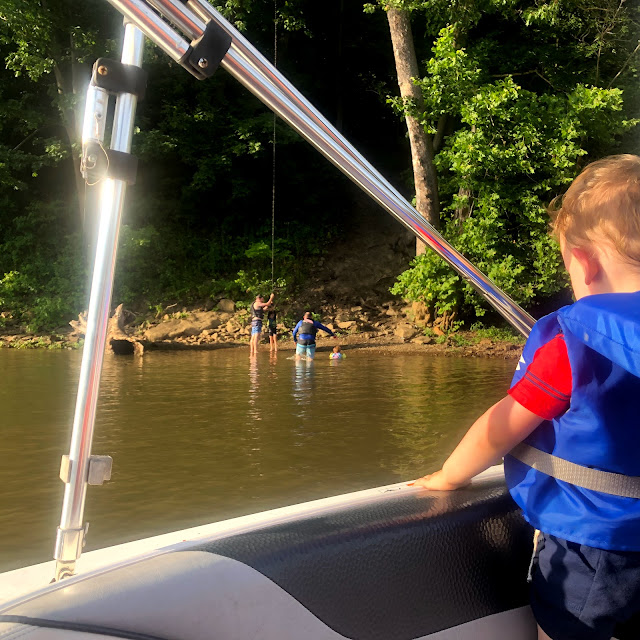 Then he decided he'd rather play with Mama's phone! 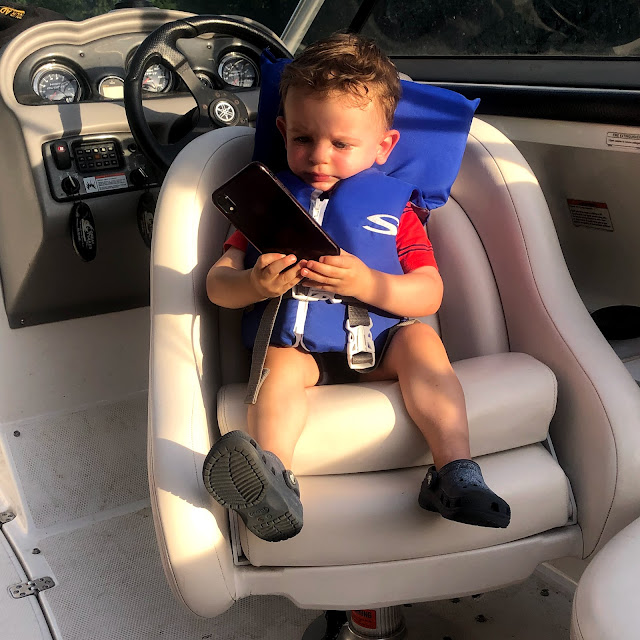 Just wait until next year!
By time we got back to camp, the kids were so tired that they let Andy photograph them. 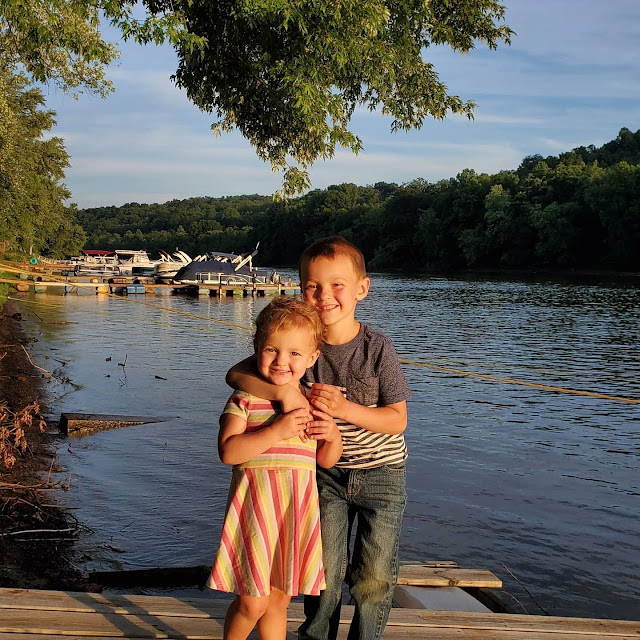 What a day!
We're so blessed that although we are staying safe, we can still spend time with family.
How about you?
Posted by Jan at 6:59 AM

Jan, I love the camping time. Made me smile the whole time I was reading it. Oh those little cutie pies eating the melon...adorable. Blessings to all, be safe , xoxo, Susie