for that we were thankful! We needed a breather for sure!

Of course, in a family divided politically (who ever taught those kids to think for themselves?) voting is something we take seriously even though there is much ribbing going on! 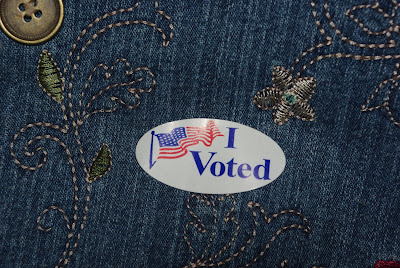 We're proud Americans and fly our flag over our home with pride! 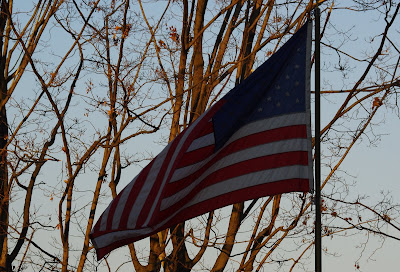 Vicky, my daughter (with the second degree black belt) took my niece, Katlyn, to Taekwondo class with her. We were thrilled when they came bursting into the house one Thursday early in November with the announcement that Katlyn had earned her first yellow stripe! 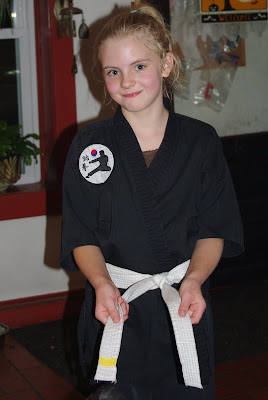 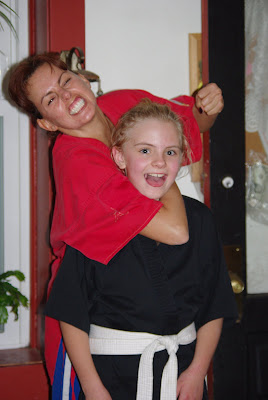 One Saturday, also early in November, I woke to the sound of a ladder being extended. I opened the bedroom door to find my husband, who hates heights, painting the two story hall! 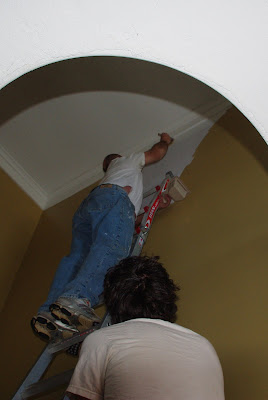 I quietly closed the door and went back to bed. I didn't want anything to distract him. The hall was red ever since we moved in here. Painting it has been #1 on my to-do list for 5 years. It looks wonderful and I'm so thankful the job was completed without mishap! 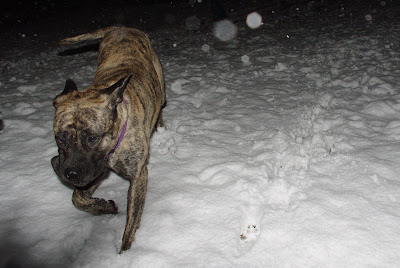 Linda likes it, but not as much as Tony and Morgan: 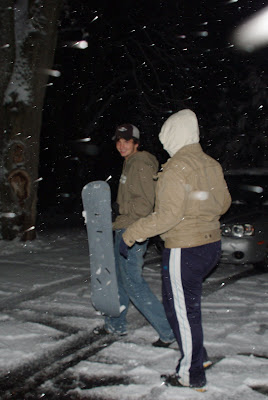 I think they dragged out every snow toy we had in the garage!

A friend of ours traded with Andy: If Andy would do some welding for him, he'd give Andy and old lawn tractor. Of course, loving to have things in his garage to 'play' with, Andy accepted. It was in pretty sad shape: 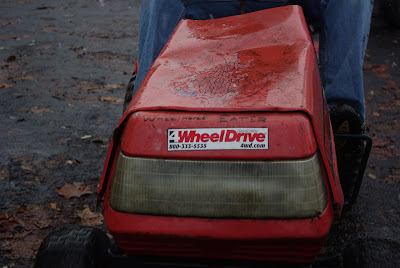 But that didn't stop Andy! He quickly built what he called a 'rock crawling tractor' and had a ball with his new toy.


He brought tons of rocks to put beside our little pond, and then proceeded to drive his tractor over them. It kept him busy for hours and hours. 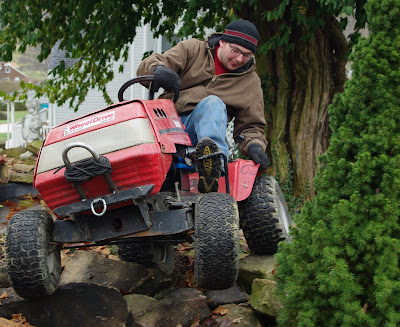 How did he get it to our house? He put it on a trailer behind his Jeep! 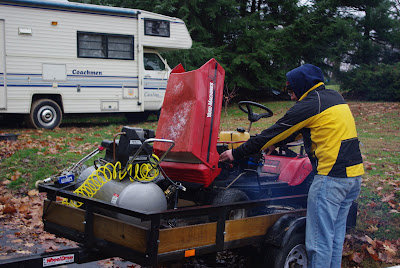 We tried to persuade him to leave the tractor and take this load: 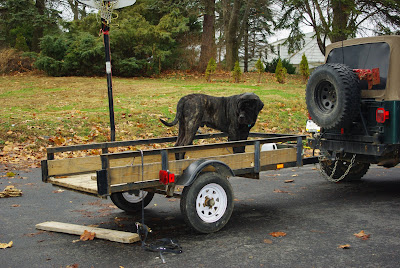 One Sunday, he challenged his dad to a 'crawl off' between tractors. Andy set a course through the rocks and marked it with items from our recycling bin: 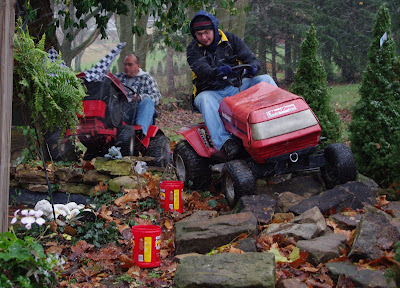 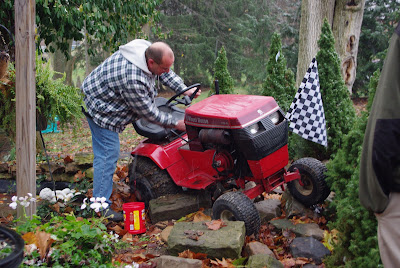 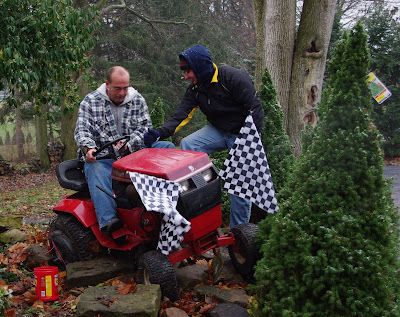 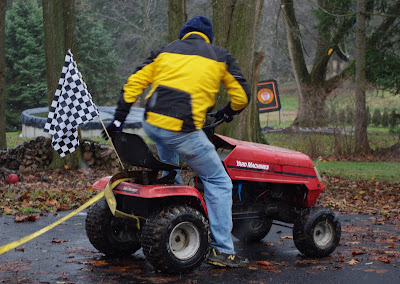 Super Andy! I swear, there isn't a dull minute around here.

Since the kids grew up and had significant others or even spouses, we moved my family celebration of Thanksgiving to the Sunday after the holiday. It gives us time to relax and enjoy each other without rushing and balancing time between two families.

This year, Mark deep fried a turkey for us. It was the first time using the turkey fryer, so it was exciting for us. 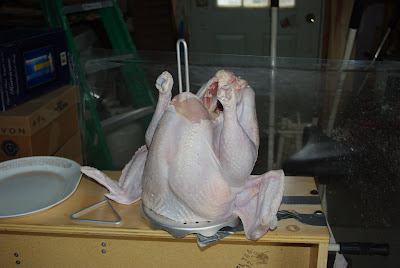 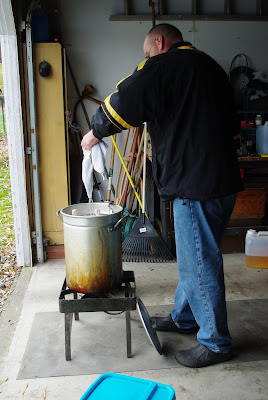 Turned out beautifully, didn't it? It was delish! 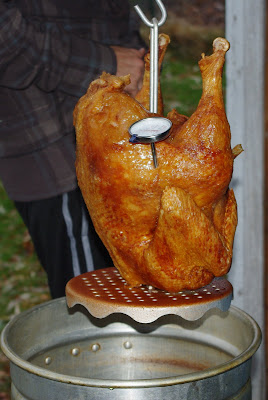 Right after Thanksgiving, Tony told me he had a photo opportunity for me. He took me out on the golf course: 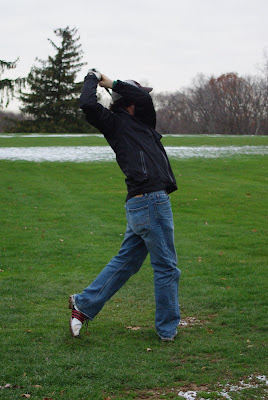 Yes, that's SNOW! I followed him around the golf course for hours, freezing and photographing. This is what it looked like when we were done: 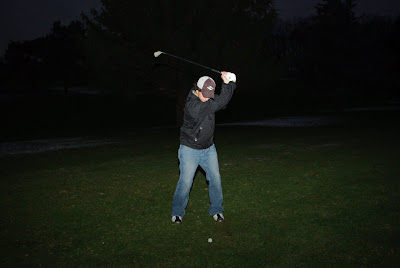 Dark! What we won't do for our kids!

Told you it was a slow month. We were getting ready for December...wow, wait until you see what we did then!