I've got pieces of April...

Ah, finally! The winter seemed to drag on and on, then suddenly it's April, the sun is shining, the birds are singing...

And the dogs are...lovin' their daddy! It's rare for Mark to sit down without one of the big dogs near, but recently, Winnie wants to be part of the act! She doesn't care where she sits, frequently it's on Bill's head, just as long as she's there! 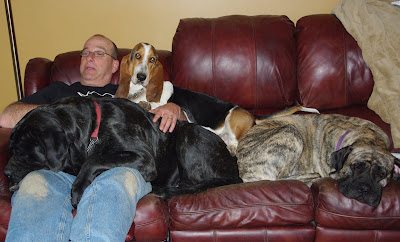 And then came Easter! The weather had been so balmy, the grass was growing overtime! When we got to my mother's house on Easter day, she asked Andy and Tony to cut her grass. 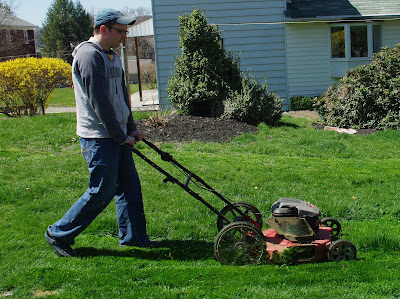 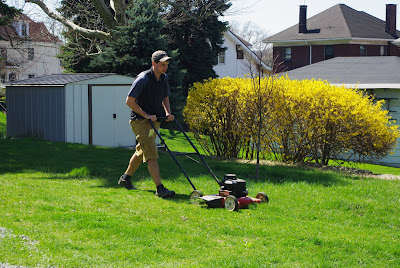 And then both of them...I think Mom is going to direct traffic! 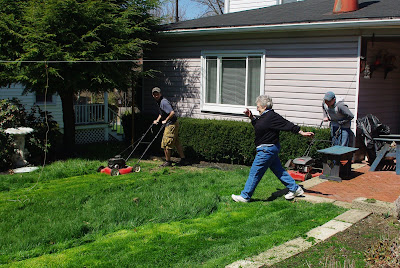 do you get the idea that they are planning something? 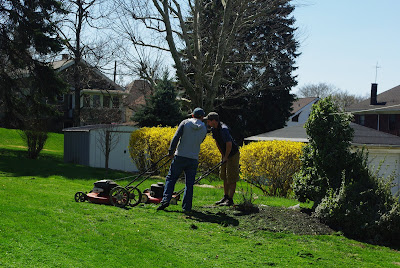 You bet! All over Dad's clean car! 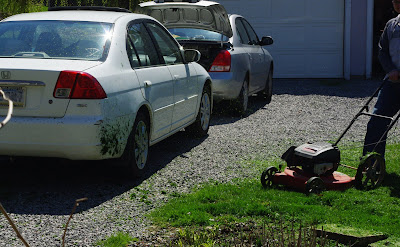 Of course, April means it's time to mosey on to the town ... 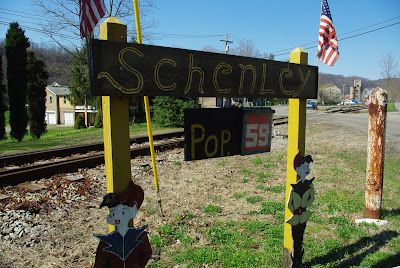 To get on the jet ski to help put the docks in the water! 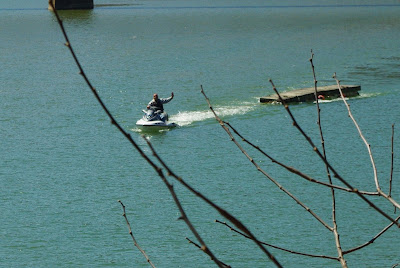 Mark will use any excuse to get on a jet ski! 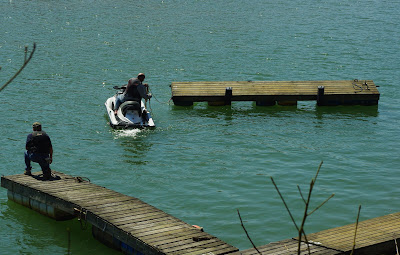 I found out it's not all that much fun, you have to be very careful! 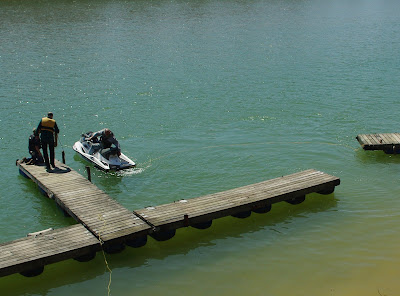 Although once you've delivered a section of the dock to the men who will bolt them together, it's time to play, just a little... 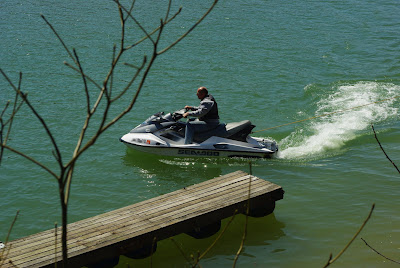 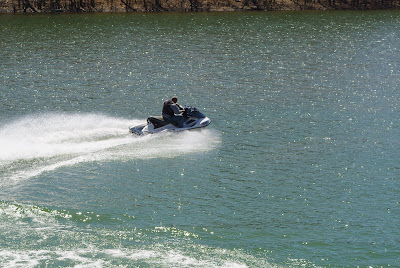 Of course, when the kids heard that the docks were in the water...first Andy and Kailyn 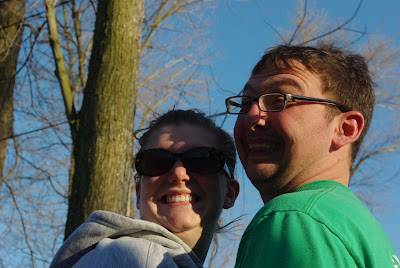 And then Tony and Morgan 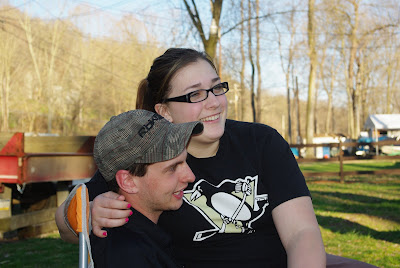 Came to walk down to the river 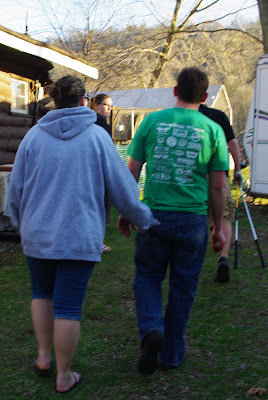 Where Tony and Morgan hit golf balls out onto the water 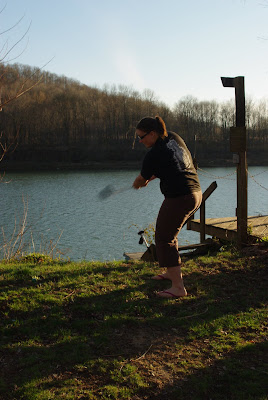 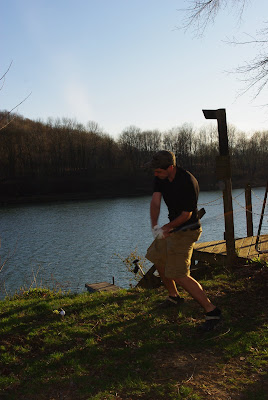 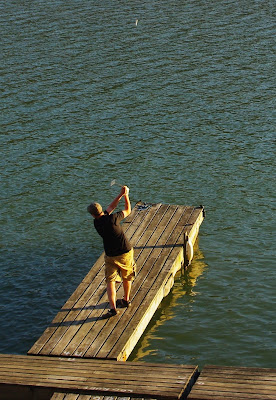 In April, we also decided that it was time for the motor home to go...to find another family. It was kind of sad. She took us to all kinds of places... 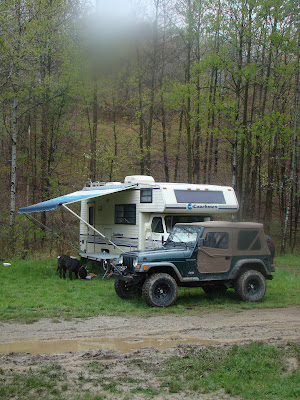 But she did clean up pretty good! 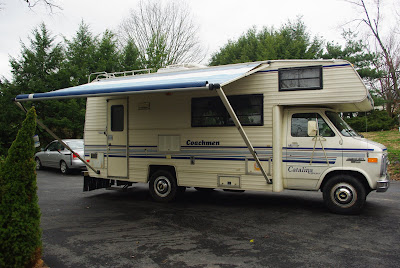 She found a nice family who promised her trips to Montana! Oh, don't feel sad, we found something else, bigger and better that meets our needs at the river than this gal...she was never intended to sit still for seasons at a time!

Andy invited us to tag along, a prime photo-op, he called it, while he and his friends did some 'jeepin' or off roading.

What that means is that you take your cameras and either ride in, or follow Jeeps or other 4-wheel vehicles that go where motorized vehicles could not or should not go. Example 1: I am riding in the front seat of Andy's Jeep Cherokee. This is my view: 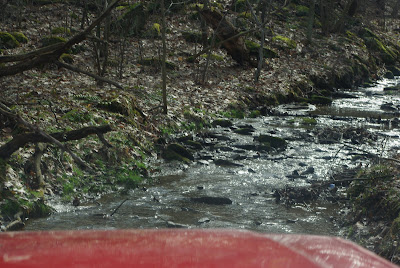 At some point, Andy told me that to get the best photos, I should get out and walk up the hill. I did. He drove: 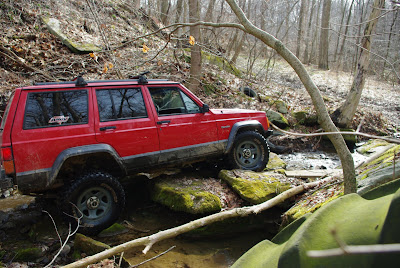 What you will see are several Jeeps, in much better condition than your first car, doing things that are physically impossible. Such as Brent's predicament: 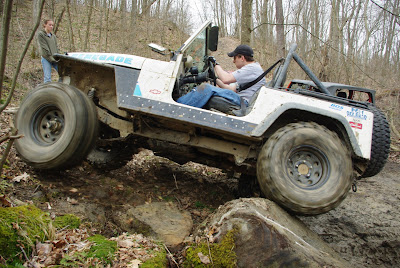 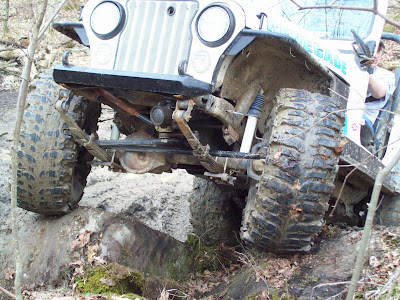 It's a chance to see, and photograph the undersides of vehicles while they are still upright! 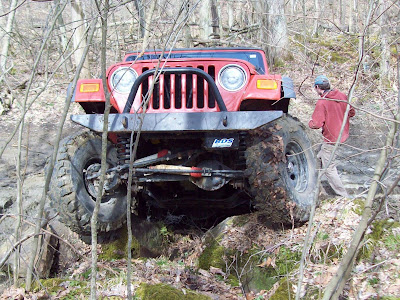 And you take photos of them doing this in case they break something and can never do this again! 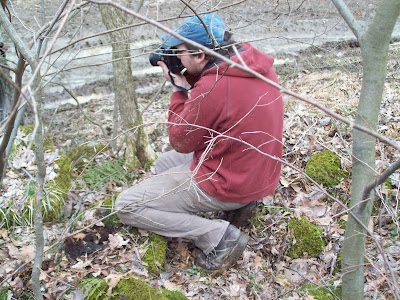 Sometimes, the things you do require much thought... 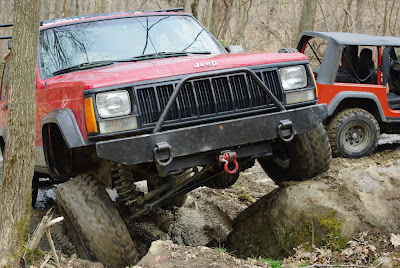 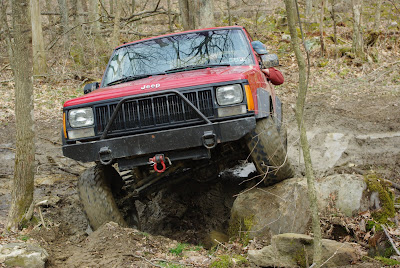 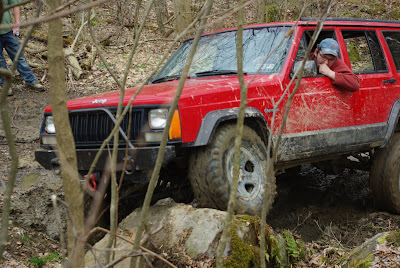 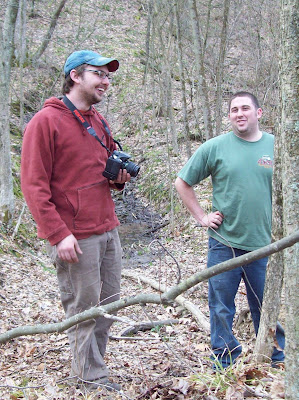 But all in all, they are best of friends, each keeps the phone number of the other's favorite towing company on speed dial!

Whew...all that hiking made me tired. That's it for April...See you here tomorrow for May?