Marchin' on!
The beginning of March, Mark, my son-in-law, Jamie and two other friends went to the NASCAR race in Bristol, TN. Mark had never been to a NASCAR race before and wasn't sure he'd like it, but he had a ball. They took our motor home and had a great trip. 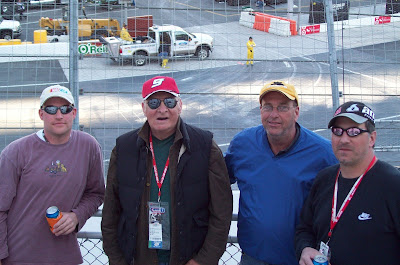 That's my son-in-law, his friend's father, my hubby and my son-in-law's friend, Bill. I offered to make them food to take along but Jamie told me they had it all organized. They had all the food they needed and Bill did all the cooking. 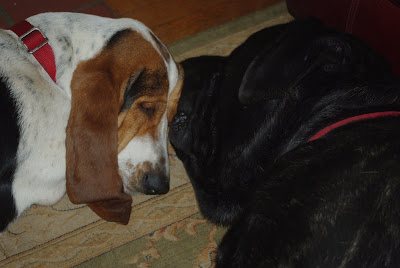 But she really loves Tony: 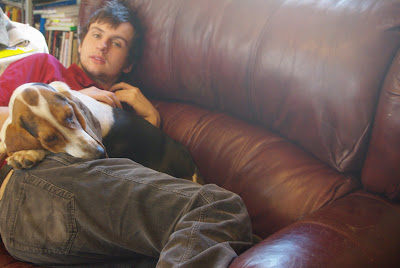 We celebrated Michael's 40th birthday with a family dinner at the Historic Harmony Inn, one of our favorite places to eat. I apologize for the terrible photos, but we were playing with the settings on the camera and this is the best of the bunch:

Catherine and Michael, the birthday boy! 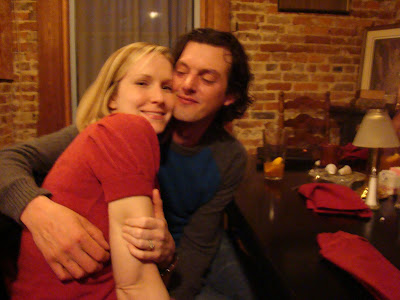 The rest of us, taken by Michael 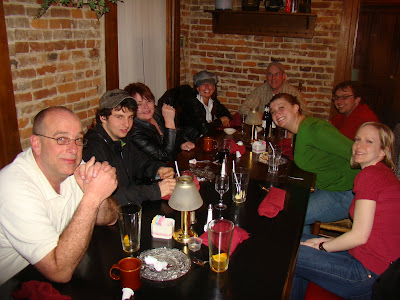 I know...we were boring this month, but what do you expect? It's almost spring!

Come back tomorrow, I'll see if I can do better!