This is too cute!

I never had an imaginary friend, but my late sister, Carol, did.
Her friend was named Jeanie.  Jeanie appeared when I went to school,
disappeared about the time Carol went to first grade.
Locklan has an imaginary frog who lives on the top step in my house.
When you go  down the stairs, you have to be careful not to step on him.
When you go up the stairs, you have to stop to either tickle the frog or hug him...
there are days when Locklan expects you to kiss the frog.
Last week, Locklan had chapped lips.  Being the indulgent granny that I am,
I gave him his own chapstick.
He was very good about using it...although he used a half stick on his lips...
the other half on the top step...apparently the frog had chapped lips too!
~and no, I did not get a photo of that...was too busy cleaning the step~
The next day, after I explained that frogs did not really have lips, so there was no need for chapstick,
he was walking up the stairs in front of me...
He stopped and placed something on the stair.  I couldn't see what it was until he turned around... 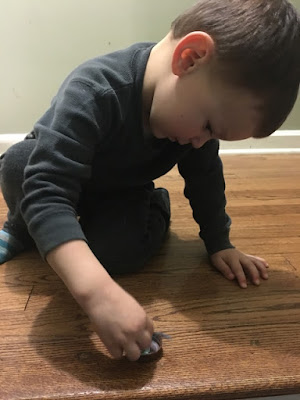 I looked again...
He had taken the bottle cap from my Bai bottle, took a tiny scrap from my sewing room
and made a bed for his frog! 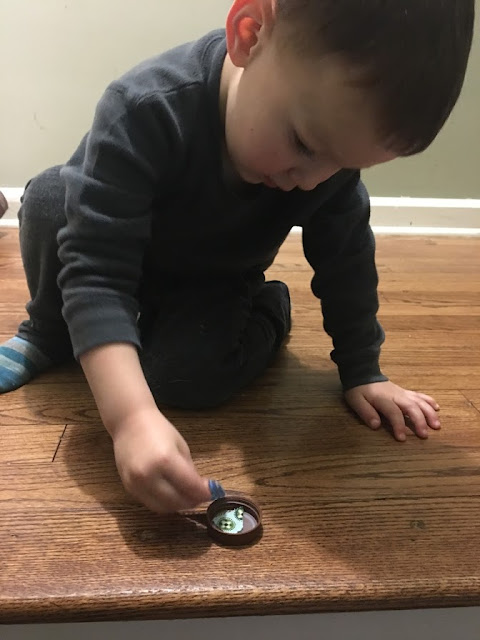 Labels: a day in my life, a day in the life, being a grandma, family time, Locklan

Oh! I love it! He is just too cute. Our SweetCheeks had invisible friends until she went to preschool. There was Bob and Deed. Bob was 'good' and Deed was BAD... But she talked to them just like they were right there. We got the biggest kick out of it. Finally Bob pushed Deed down the steps and that was the end of him.....Bob stuck around for another year or so and then he, too, was gone. I kind of miss those days. Enjoy that frog- he will be gone before you know it. xo Diana

That is so cute! My only imaginary friends are other knit-bloggers!