How High's the Water, Ma?

Andy called me this morning.

He wanted me to ride along with him and the kids to check on camp.

It seems as though it rains every day.

It has rained so much that my brother's house was flooded again,
like it was flooded from Hurricane Katrina in 2005.

As we pulled into our lot, it was obvious that all was not as it should have been. 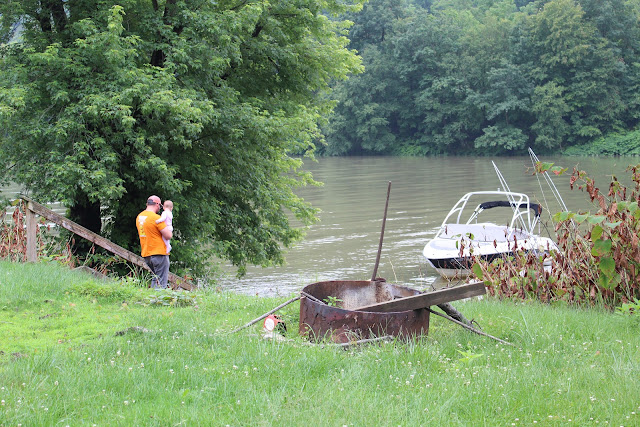 Normally, you have to go to the top of the stairs to see the boat.

Not the case today! 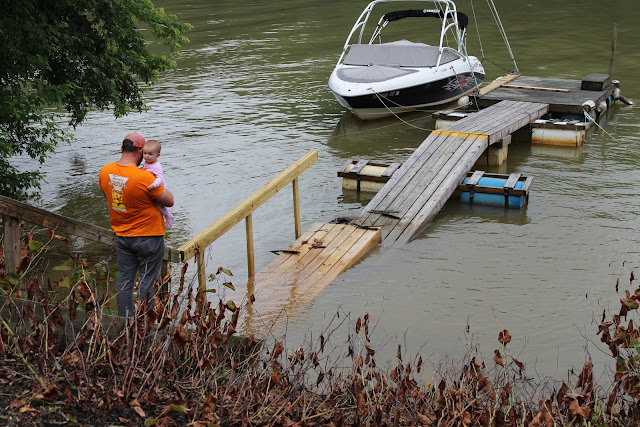 The river had pushed the dock closer to the shore, causing it to collapse on itself! 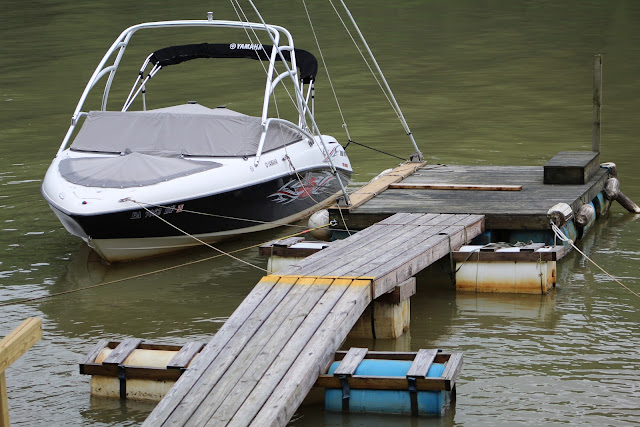 The new boat was hanging in there, the old one never made it to the water yet.

I keep ticking off the days of summer, one by one, but feel as though we're wasting them;

We all have passes to the pool and waterpark...

I don't think anyone has been there yet.

I didn't even pick up my pass yet...maybe tomorrow?