On Saturday, Ron and I took another road trip (translation:  eating in a restaurant that is more than 15 miles from home).  We ate at the Allegheny Grille Restaurant, right on the Allegheny River.  We had a wonderful dinner, so wonderful that I had two thoughts...  1.That we should not eat out on Sunday,
2. That I didn't want to cook at home.

Then I had this great idea!

I picked up my phone and called my mother.  I asked her if she was in the mood for some great German food.  Of course she said yes, so on Sunday afternoon we headed down to get mom and dashed her off to Max's Allegheny Tavern for some good old fashioned German food.

Mr. K's first question, no matter where we are, is what is the soup today?

The server told us they always have French Onion (In a German restaurant?) and Einlauf.

Here's what the menu said...


It was magnificent!  It was delicious.

The chicken that they used to make the broth must have been a millionaire,
it was that rich!

But still, we kept asking what an einlauf was...

No one could tell us, so I did what any adult with a smart phone would do...

I went to google image and found this... 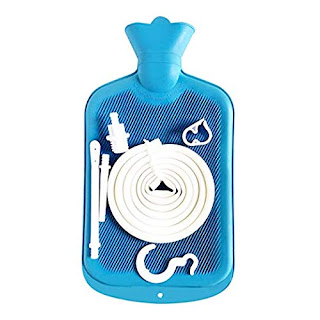 Over and over...it was either this or maybe a soccer team?
Hmmmmmm? 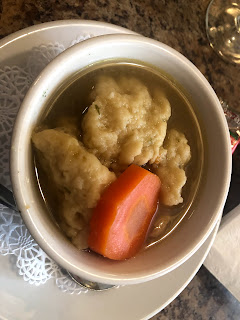 I think my cup was a little more attractive, what do you think?

Labels: a day in the life, eating out, family time, good food, Mom

Wish we had a German restaurant in my town! Yum.