Eating Our Way Up the Coast!

Posts about our trip will be scattered, to be sure...

Have to find where I stashed the photos!

One thing for sure, we weren't hungry...

Our ship had 5 restaurants
(although Mr. K says there were seven)

Seems like all we did was eat or plan to eat...

Most days we had room service for breakfast...Lunch was hit or miss,
When we could, we ate lunch on shore.

The only demand expectation I had was lobster, of course!

We asked locals to recommend a place to get lobster in Bar Harbor.

It was a chilly and windy day.  They seated us next to the fireplace! 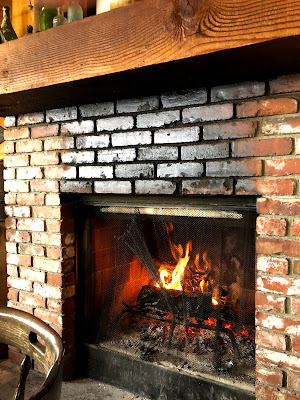 I was so ready for my lobster! 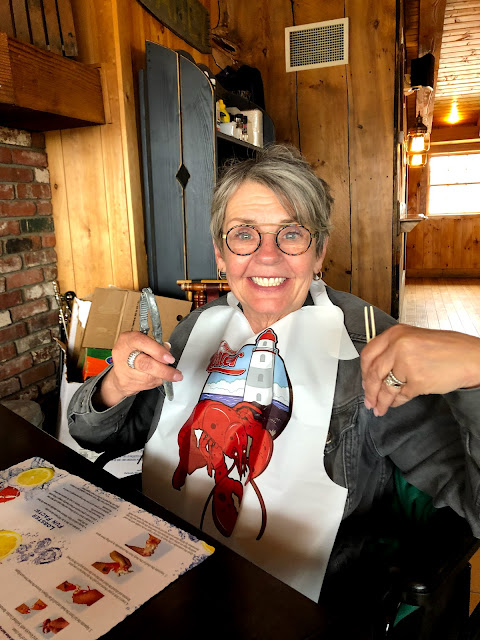 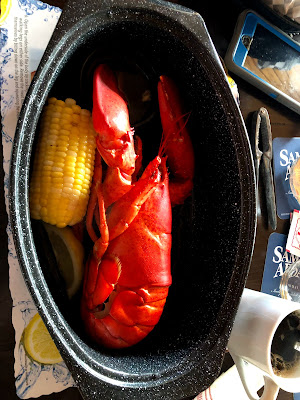 Could you tell that I was excited? 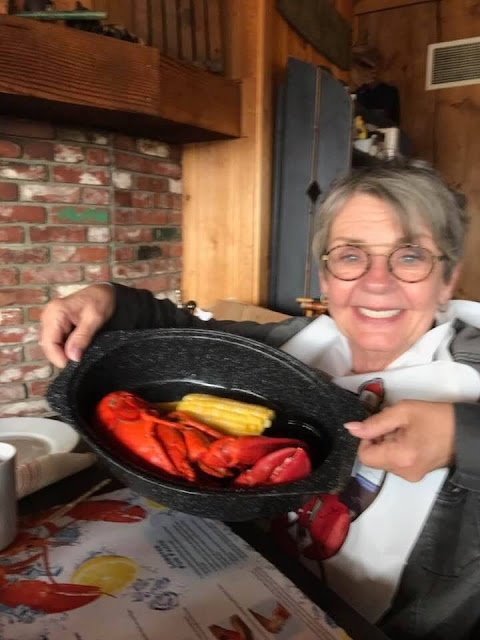 I ate every crumb of the lobster.  I passed the corn to Mr. K.

The next day we were in Portland, ME.

I didn't want to act like a spoiled brat, demanding lobster two days in a row...

So I settled for a lobster roll (no photo)

Mr. K, who does not care for lobster had chili and some other thngs... 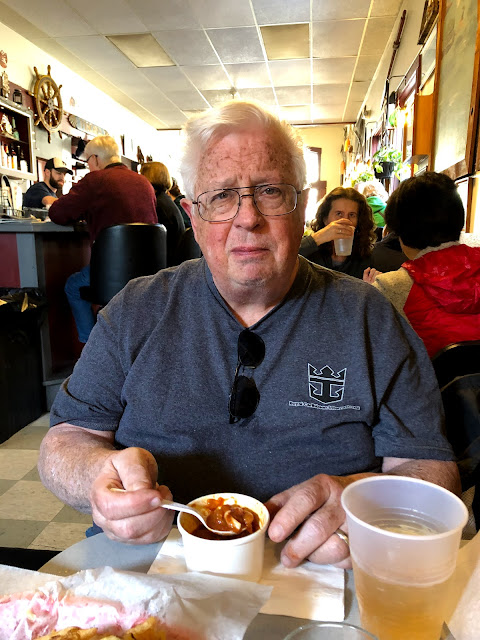 Not sure why he looks so grumpy.

The dinners were superb!

We ate in the dining room...

In the upscale grill...

The food was wonderful
(Did I already show you the escargot I had as an appetizer?) 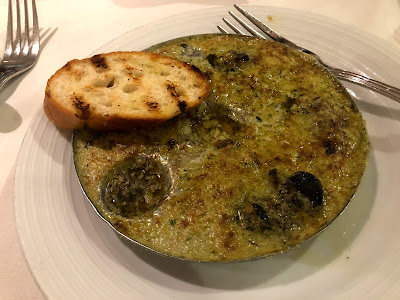 First thing we realized was that there was not any silverware on the table!

Mr. K learned to use his chopsticks:

He used them to retrieve the cherry from his Manhattan! I ordered the suchi 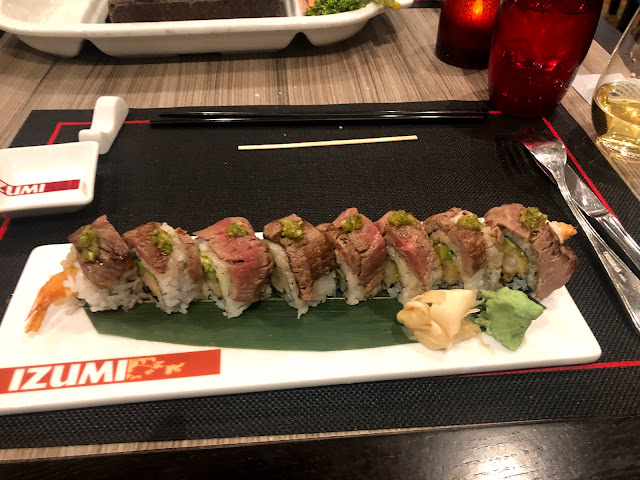 I love suchi and this was superb...

During dinner, while we were talking, I dropped a sizable blob of wasabi.

Not a good thing.

Let's just say that I no longer have any hair in my nose,
it burned THAT bad!

Mr. K is not as adventurous...

Guess he didn't think it through...

They brought out a square stone and told him it was 500 degrees...

And told him he had to cook his own dinner... 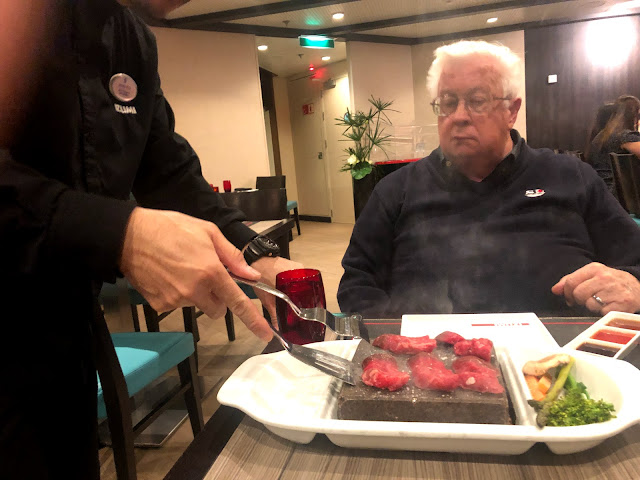 And he did a bang up job! 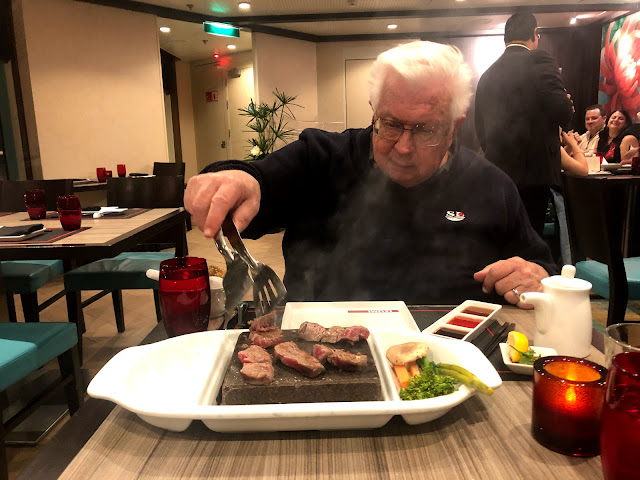 So much food,
So much GREAT food!

He did admit to gaining 5 pounds.

Guess we'll have to be more careful on the next cruise!

We haven't decided where or when...

We just got back from a trip to Maine also! It was awesome! And we both gained 5 pounds too!
Lobster is wonderful....we both ate a great deal....
Did you get to the lighthouse in Portland?
It is a huge and wonderful park too...we had lobster at the little kiosk "bite into Maine"...the best lobster rolls there!
We were not on a cruise...sounds fabulous...
Nancy
wildoakdesigns.blogspot.com