I was so excited, but at the same time, dreading it.

Since July, I have fairly limited mobility.

I haven't talked about it much, but will fill you in later.

We decided to do the (very expensive and overpriced) buffet at the Lexus Club at the arena.

It would certainly cut down on the walking I'd have to do. 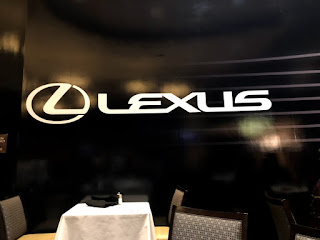 About the best thing I can say about it was that the
tablecloths were very white
and there were enough desserts that Mr.K was pretty happy.

Then it was show time!

The opening act was pretty good, but I can't remember their name...
Hey, I'm old AND I didn't come to hear them...

Then it was really show time! 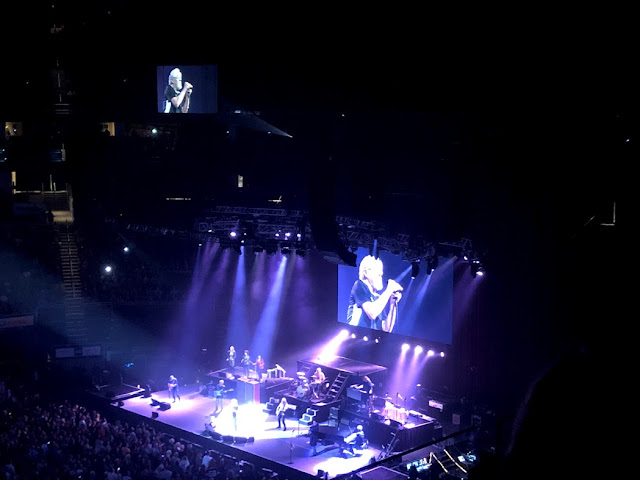 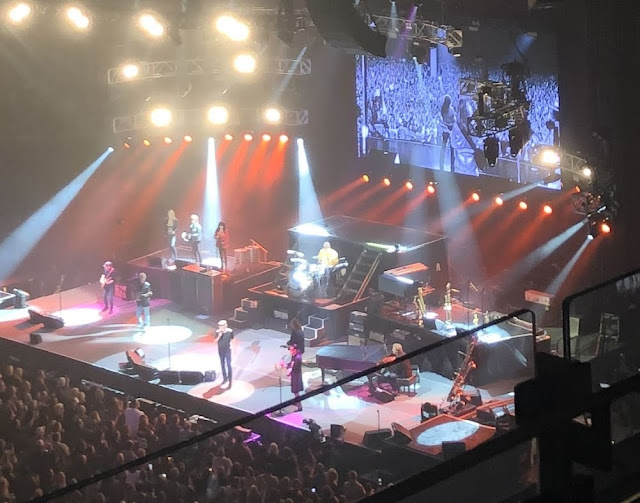 Seriously, I have been a Seger fan since both Bob and I had brown hair and crooked teeth...

It seemed like a large percentage of the audience were as well.
It
There were many times the crowd singing along was pretty loud.

It sure brought back tons of memories...
Some good, some bad.

He dedicated 'OLD TIME ROCK AND ROLL to the audience...

At one time, he shouted "I'm going to miss you, Pittsburgh!"

He probably says that to all the cities, but we all took it seriously.

He never sang a song I didn't love, 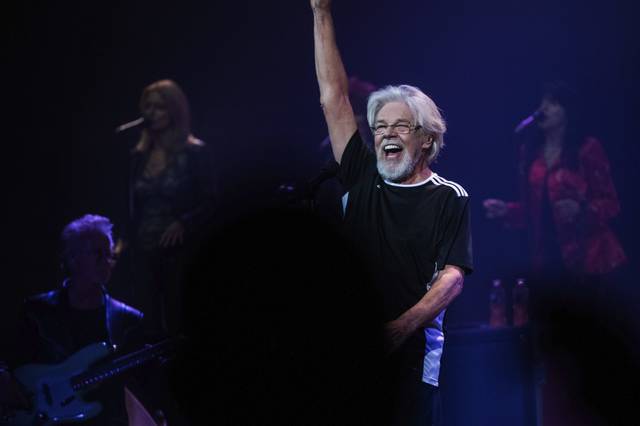 Jan, My sister Jeanie just went to see Bob Seger in Indy. Her first ever concert, her son and daughter took her. She loved it and said her butt was dragging afterwards. lol. I love Bob too. I have seen many stars of music...I sure did not know my sister had not seen any !! Long live Rock n Roll. :) Blessings, xoxo, Susie