Wow...If August was busy, what was September?

We started with Andy's birthday: 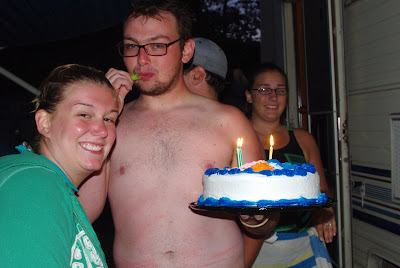 Celebrated after a long day on the river, of course! Just look at the sun kissed faces. Andy and Tony's birthdays are only five days apart. Both were due on August 23, but neither bothered to show up that day. Tony's birthday is August 26 and Andy was born on September 1 (which, appropriately, was labor day that year).

The family gathered to celebrate the end of summer 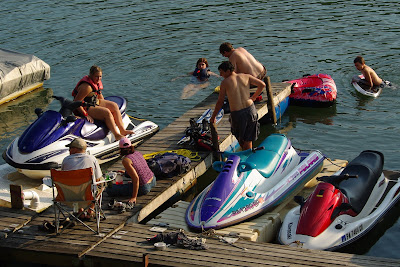 Those who didn't want to brave the wiggly dock stayed on shore and watched the fun: 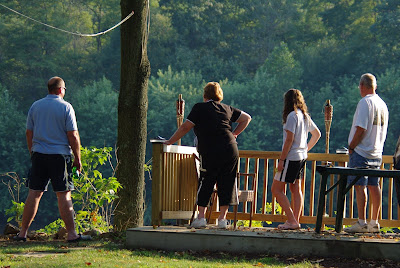 They tried to teach Kailyn to water ski: 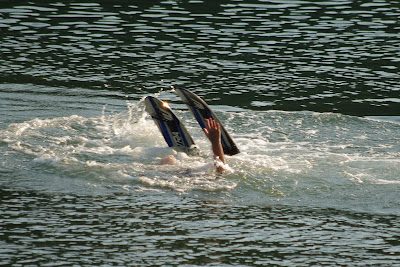 That didn't work out that well, but wow! That kid took to knee boarding like a duck to water! 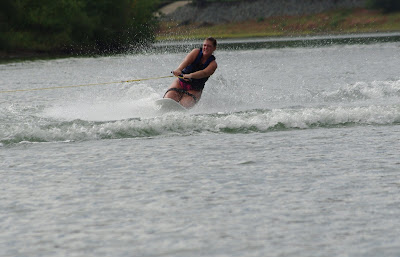 She loved it! Of course, skill building was not without mishaps. This is my favorite picture of Kailyn and the knee board: 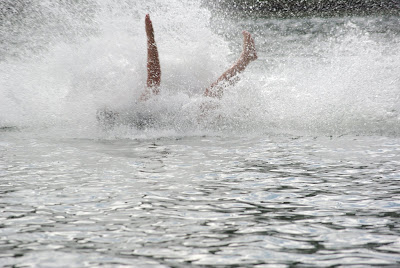 She was such a good sport! She took all the teasing in stride, and I know some of those landings had to hurt, but she didn't complain to us (maybe to Andy??)!

Andy was unstoppable. He kept trying new things and getting stronger and braver: 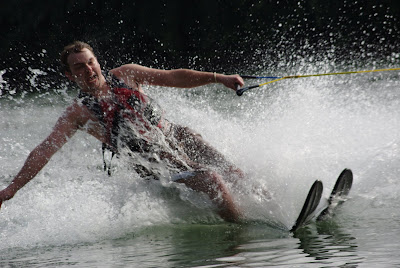 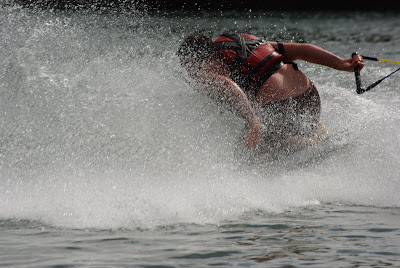 Tony shocked us more than anyone...he started on two skis, but quickly graduated to one: 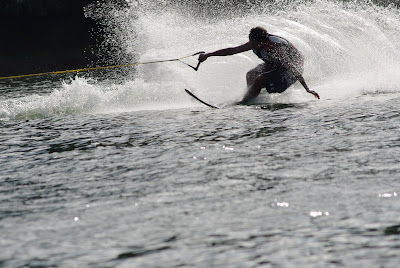 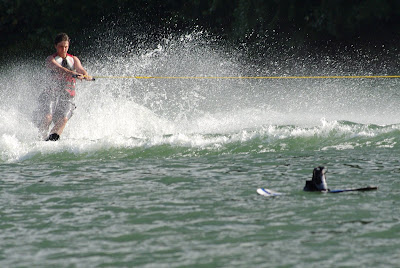 Although we should be humble, we have some pretty great kids...and buying the jet ski was as wise a decision as buying a travel trailer was when they were small. Here we are, twenty years later, still having a good time together and ending our days around a camp fire!

Another activity was helping Andy and Kailyn get their rental house ready to move in: 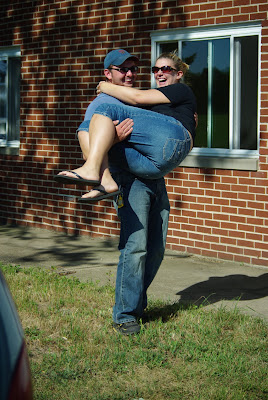 Michael and Catherine were the first guests: 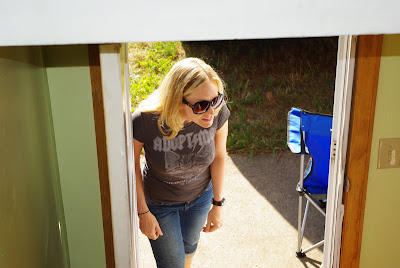 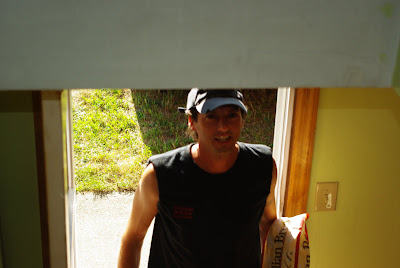 Michael brought the traditional bread and ???? Good grief, my mind is blank! You can fill in the blanks!
There was work to be done. The guys painted ceilings... 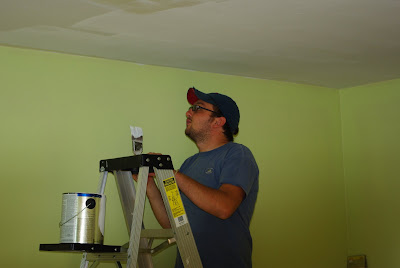 While Kailyn made the kitchen her own! 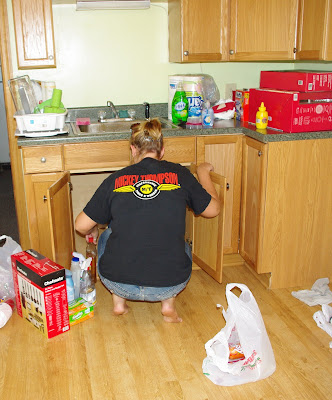 There were so excited, but wow, was this a tough one on Mom!

By the end of the month, the leaves started changing colors... 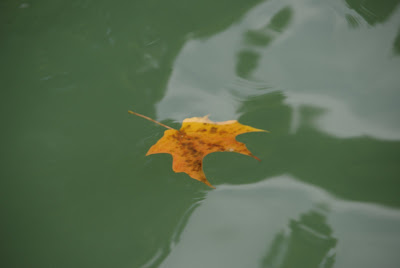 There were subtle signs that it might almost be close to time to call it a summer and to arrange to take the jet ski out of the water... 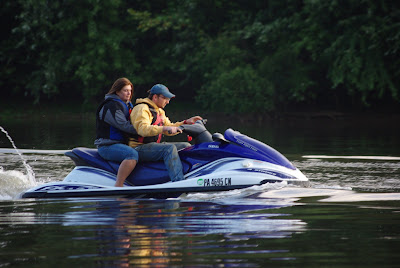 Some people caught on faster than others... 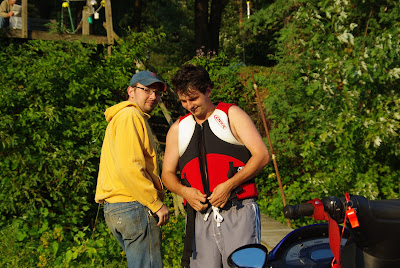 Every family has one, right?