Mark and  I were up and out early on Saturday morning, it was a big day in our family.  All four of my kids, my daughter-in-law, Tony's girlfriend and her brother were participating in the race.

The first thing we saw when we got there was Michael  pretending to warm up, Catherine pretending to stop traffic and Andy looking confused. 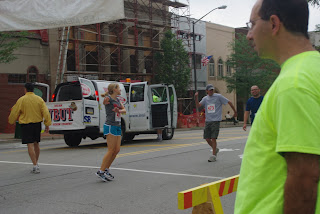 The first thing I did was hand one of my cameras to Mark... 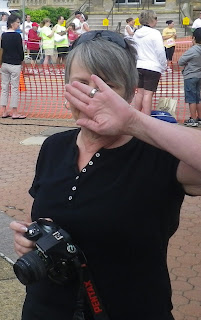 I hate having my picture taken anytime but at 8:30 AM is out of the question!
Vicky was the last to get there... 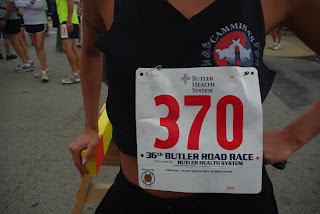 Looks like Vicky and Michael are happy to see each other! 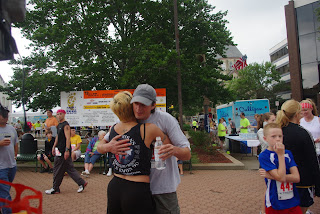 Don't you just love it when siblings are so supportive of each other? 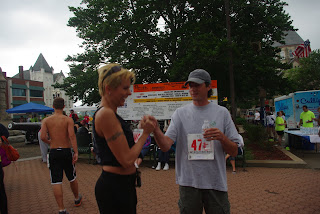 Of course, there are days when we think maybe Vicky's black belts are a little too tight... 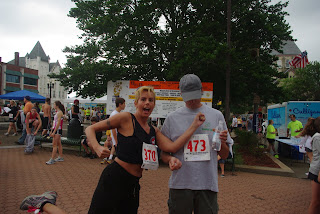 This was an events of first in our family:  First race ever for Andy, Tony, Michael and Tyler.  The first time since high school track for Vicky.   Second race for Morgan, she raced last year.  Michael claims it was the first time he has run since junior high.  Catherine is a veteran.  She has run this race several times and placed in the top three of her class in 2009 and 2010.

The training methods were just as interesting.  Catherine actually trains.  Morgan has been training for a few weeks but this year was diagnosed with asthma and is having a hard time getting it under control.
Andy and Tony took Andy's dog out on one training run (all three of them slept for 12 hours after that)

I finally got the kids together for a pre-race team photo: 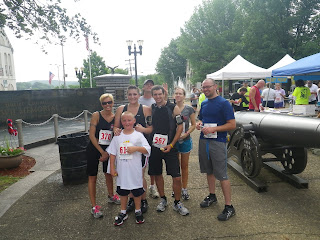 And it was race time! 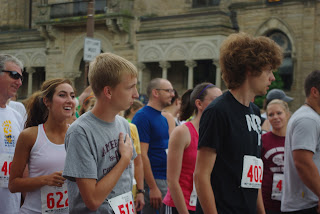 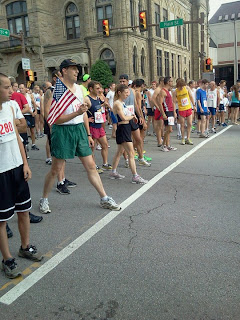 Even though they were racing in 5 different classes, they all started at the same time.  It seemed like an hour or more, but finally we saw... 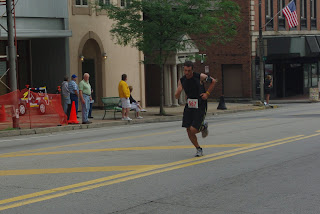 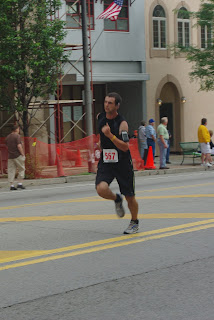 We didn't know how he placed in his class...but in a minute or two we saw... 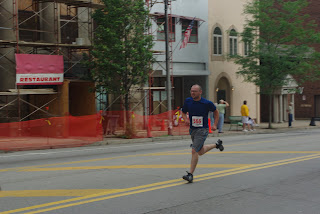 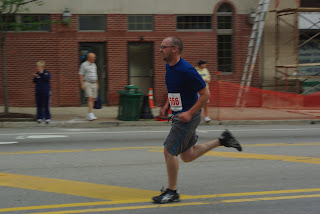 Catherine came along next, but she said, "NO PICTURES!"  That left us time to look down the street and see... 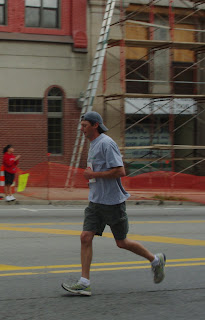 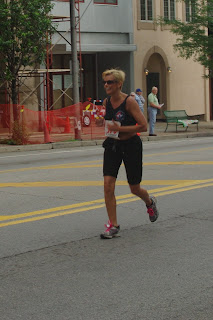 And then came Morgan and Tyler.  Morgan chose to stay with Tyler.  It was his first race. 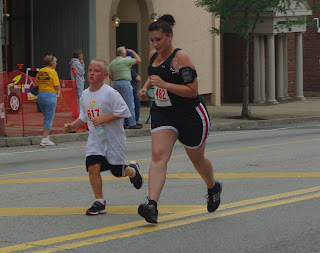 We waited for the results to be posted.  That's when we found out that Tony came in first in his class... 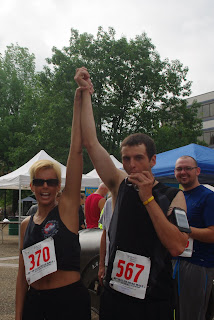 At 11 the night before the race, someone suggested that since we had so many family members racing, we should have a family trophy.  I scrambled though my stash of craft supplies and found nothing suitable, then I had a brain storm!  I went through the box of trophies Tony had saved since he was little and found one (almost suitable for the occasion). 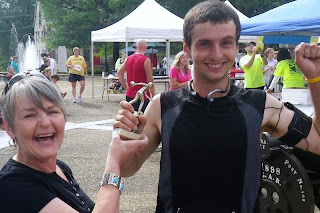 Formerly known as his bowling trophy (circa 1995).

Then they started the awards.  Catherine came in third in her division and got a medal: 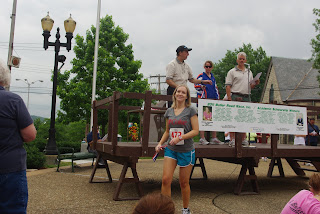 Andy and Tony ran in the same division.  Andy came in second: 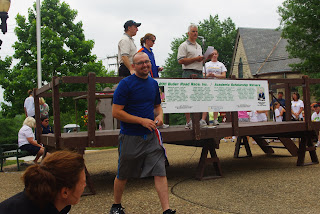 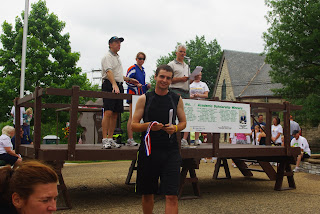 Michael came in 8th in his division.  Not too shabby for a man who hasn't run since junior high.  Vicky came in 4th in hers.  They sure made us proud.

We lined the champs up for a photo: 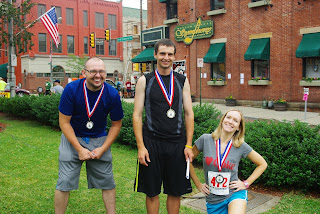 And all the kids: 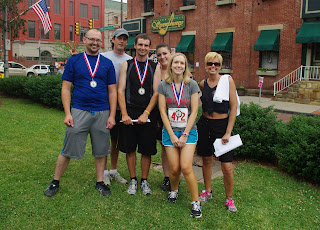 Morgan was there to congratulate her guy: 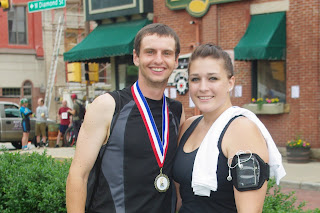 What a fun morning.  We all went out for brunch and had a blast.  The kids are already making plans for the next race...wonder who will take the trophy home?

Hi Jan, I am Sue you visited about ten days ago, and I am so happy to meet you. I apologize for taking so long to visit , but have I been offline, for about ten days or more, as I have been so busy.
I am one who always enjoys seeing families get together, and make memories, and it sure looks like your family had a great time, and congratulations to all, you have a beautiful family.
I am also one who does not like my picture taken,~smile~ so usually when we get together, I am the photographer.
I also enjoyed reading some of your previous post and enjoyed them.
Thank you for coming by and visiting and for taking the time to leave me a comment.
Sue