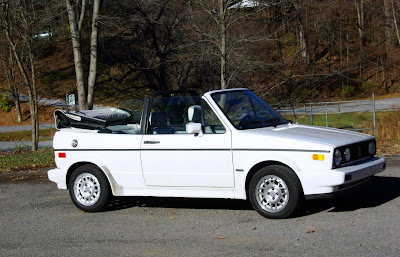 It was time to replace the old mini van that made me look like a soccer grandmother. Mark and the boys had tons of suggestions for practical and useful cars.  This may sound selfish but I wanted a car that was MINE, not one that the guys would grab when they wanted to carry bikes or 2x4s or dogs.

With Mark's blessing, I went on a (5 minute) car hunt.  It was love at first sight.  I named her Bre.

Normally I drive 3 to 4 thousand miles a year.  Between October '10 and April '11, I drove 2000, most with the top down.  Sometimes Mark acted as my co-pilot, but almost every sunny day with temps above freezing, I bundled up in winter coat, scarves, mittens and took a topless ride.

Everyone that saw her said she was the perfect car for me.

The other day one of the boys' friends, Tom, sent me a text asking if I would be home, that he was bringing his new (to him) car up for me to see: 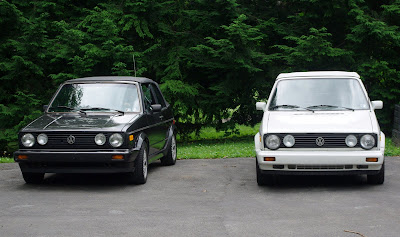