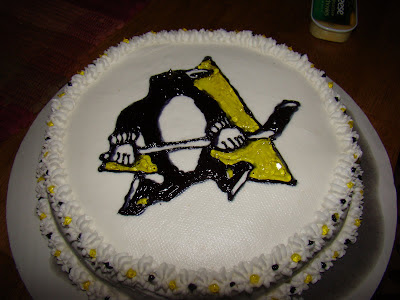 Years ago, when I was teaching my younger brother to drive, when he got in a tight squeeze, I would squeeze my bum cheeks together, as if that would make my school bus yellow VW Beetle smaller.

At first, I didn't tell him, but once I confessed, he seemed pleased. Occasionally, when the streets were narrow and the cars were huge, he'd ask me to squeeze them.

In the 30 years since then, when someone in our family gets in a tight squeeze, we tell them that we'll squeeze our bum cheeks together for them.

Tonight, it wasn't my brother, but the entire Pittsburgh Penguins team that had me squeezing my cheeks for them....and this time it worked...it really worked. These big ol' bum cheeks finally got the fans some of the best hockey I've ever seen...it was amazing, but now, whew...I'm tired!

Oh my goodness! Look at that adorable little pup in the previous post. Ever wonder what he looks like now? 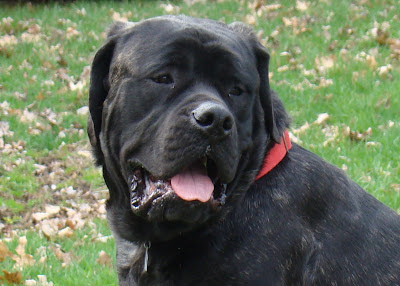 He wears an XXL Tall man's dress shirt (yellow is his color)... 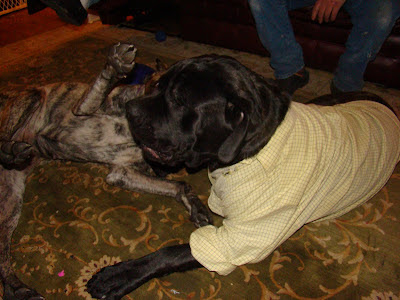 And an XXL t-shirt (and yes, my kids keep dressing him up). 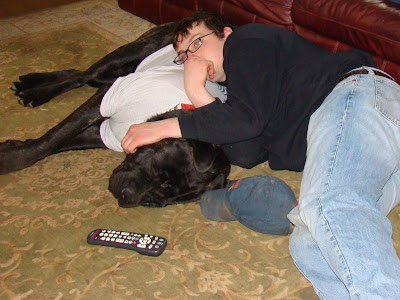 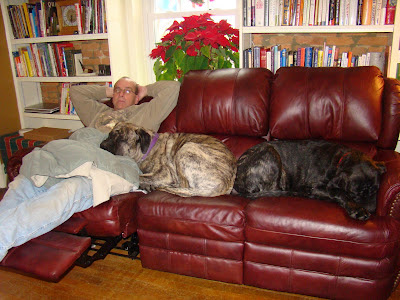 On Monday, I left both dogs in the living room while I took a shower. When I came downstairs, this is what I saw: 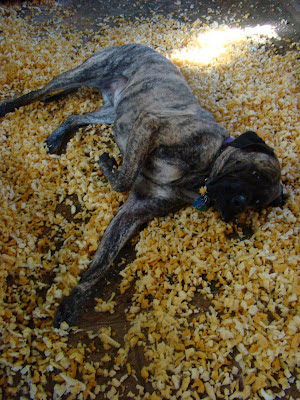 Linda, rolling in something that looked like popcorn...but then I realized it was foam rubber stuffing! My sofa??? No, it was a pillow.

I screamed and both dogs sprung to attention: 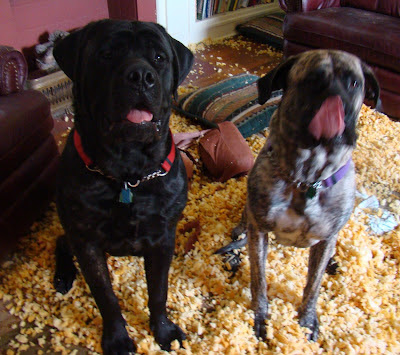 I asked who-done-it. They said it was the cat and they could prove it 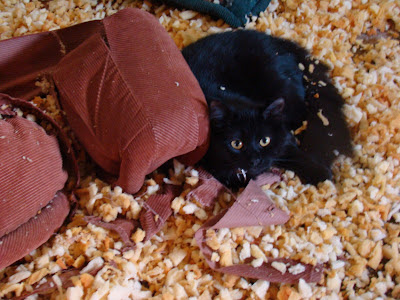 But I noticed something hanging off Bill's flews: 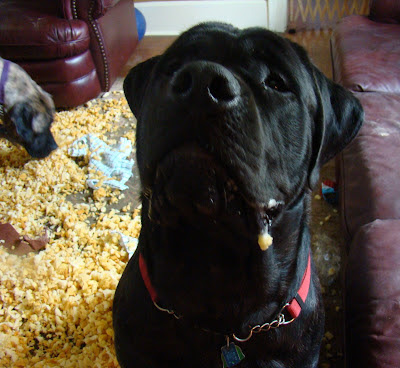 So I said to him what every mother of bad dogs/children says, "Wait 'till your father gets home!"

Well, he did come home and he took one look at my face and decided he'd better do something nice...cause if mama ain't happy, ain't no one happy...so he got the proper tools and proceeded clean up. Andy helped: 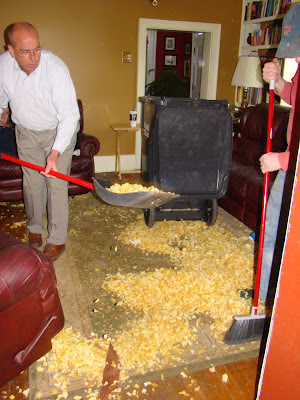 I was very upset. I asked the dogs if they were sorry. I think the were: 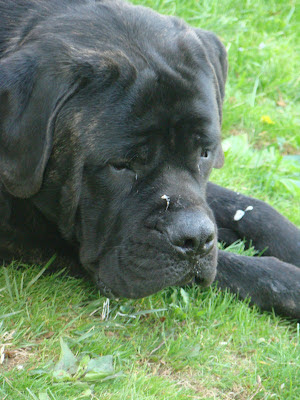 At least Bill was. I assigned them extra chores for punishment. Linda had to clean the windows: 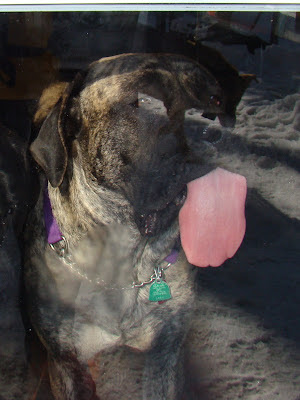 Since Bill is dumber than a red brick and weighs slightly more than a truck load of them, his chore was to keep the driveway from blowing away: 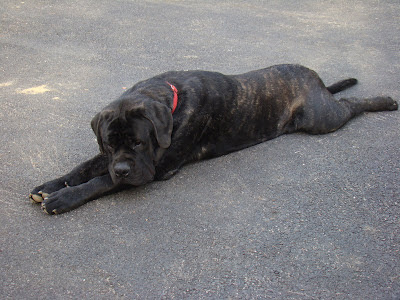