He seemed concerned that I would have to drive far to meet him.  He lived 40 miles from me.  He chose a restaurant close to my house.

Mind you..I haven't dated since 1985.  I was so nervous!  Times have changed, I didn't even know if I should plan on paying for my own lunch, so I stopped at the ATM on the way to meet him for cash!

All that worry for nothing!  He turned out to be a perfect gentleman, so easy to talk to, we spent two hours over lunch.  I remember thinking at some point, "I hope he asks me to go out again!"

We found lots to do, from plays to trips to the casino for dinner...he had a list of restaurants to try, things to see.

I knew that he had long before we met, planned to go to Vegas for a week with his son, daughter-in-law and grand children.  They had a condo, plane tickets, and plans. I was thrilled when they invited me to go too!

It was my first trip to Vegas (all I can say is WOW!), and we even squeezed a trip to the Grand Canyon, which I had only seen from an airplane (Double wow!).

Through it all, we always found things to talk about...

It was during a trip through West Virginia on a train excursion, that we first talked about getting married.  I thought that when you were old (like us) and had been married before (like us), you talked about it, and then you got married.

Not so.  The next day he asked about my preference in engagement rings(!) and a few days later, we walked into a jewelry store to look at settings.  I had a ball trying on all the rings in the show case, but there were details...DETAILS!

First he had to ask my family (my kids and MY MOM) then he had to choose a diamond to put in the setting I had chosen...finally all the details came together...and YES!!! he got down on one knee and... 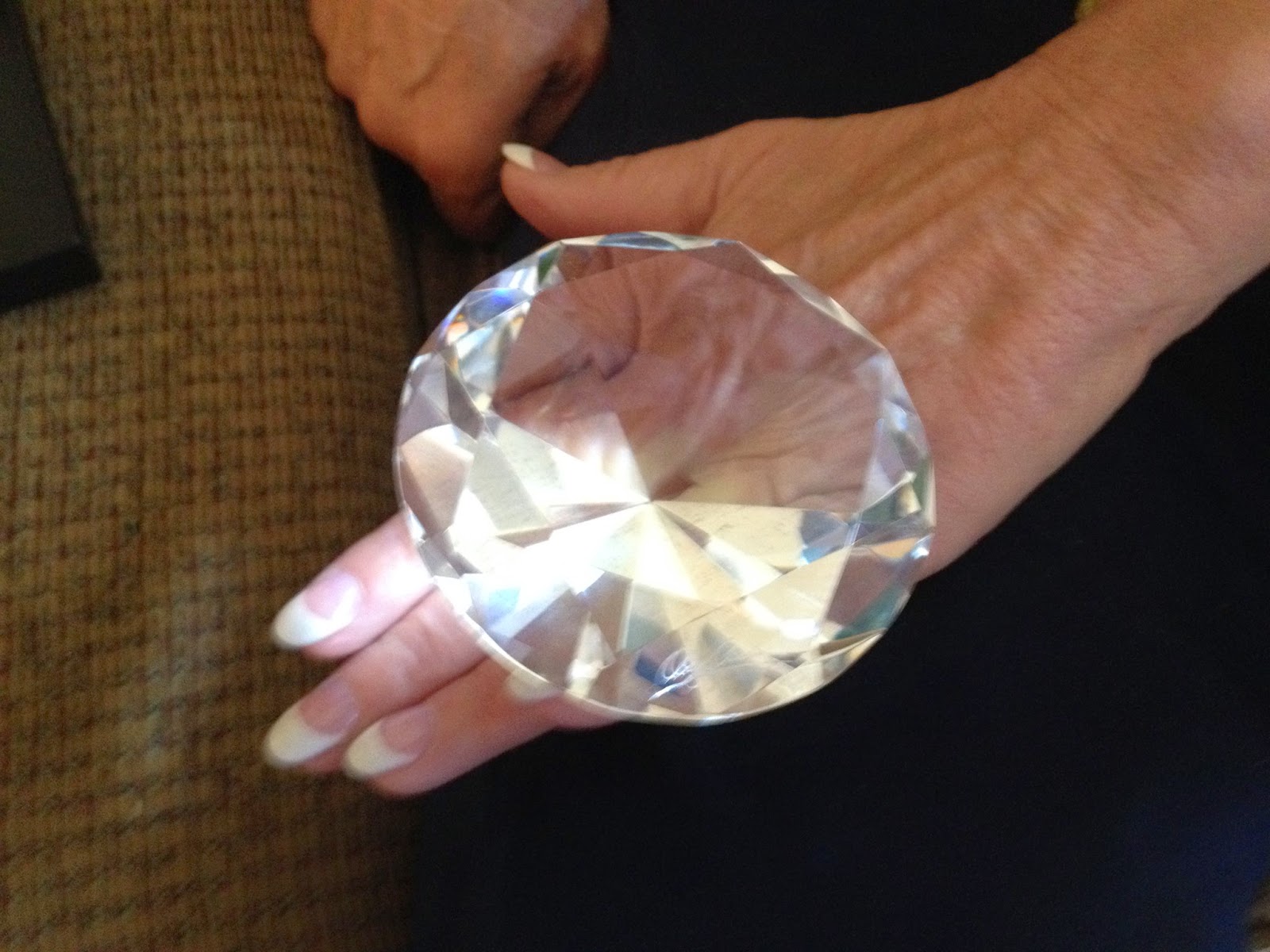