Just some bits of this and that from the past week...

Photos the kids shared, things I did...

First off, I'm in up to my wazoo with my mom's estate.

So many things to do, questions to ask, STUFF to deal with.

I remember that for the past ten years, each time I visited my mother  she tried to give me things out of her house.  I usually refused, saying I had more than enough STUFF at my house already.

Now I see that it would have been easier to take the contents of her house piece by piece than to deal with the whole mess at once!

It's been difficult working on the legal stuff.  I've known my attorney for for than 55 years.

He was a fuss budget in junior high and has only gotten worse.  We're both old and cranky.

I think he should have retired years ago...just kidding, Stephen!

Of course, there was my Tuesday dinner with Locklan.  Wouldn't miss it for anything.

I try to find something to play while we're waiting for our dinners.

This week it was dominoes! 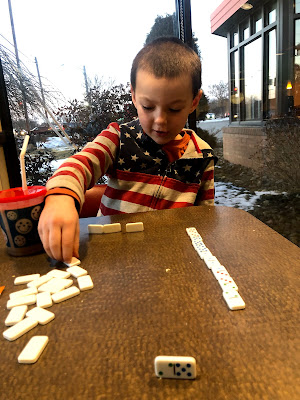 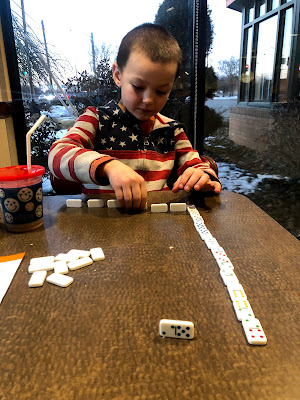 He loved it and took the tiles home to play with his mom.
He claimed he usually won but occasionally Teagan won.
Yesterday afternoon, the kids stopped by for an afternoon visit.
Within minutes, they gathered furniture from every room to set up their theater.
They took turns as master of ceremony and performing.
Teagan danced, Locklan sang.  The big problem was that when Teagan was Master of Ceremony, she would introduce herself, introduce the performers and thank everyone for coming.
That included going out and hugging everyone in the audience which included 3 bears, 2 cabbage patch dolls and a few stuffed animals.
She's amazing...
We had fun but I was beat after all that excitement!
I was happy to see Andy helping put my house back in order! 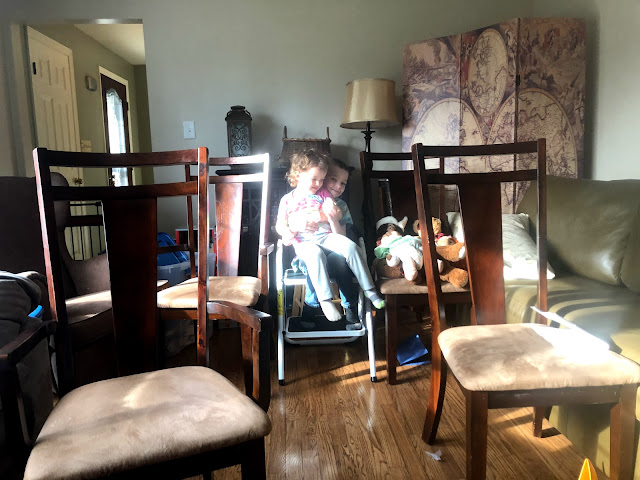 Tony sent me this... 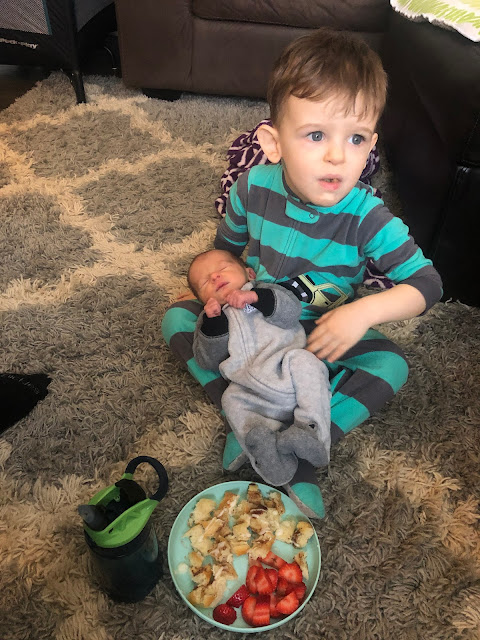 Brothers having lunch?
Last night, he shared this... 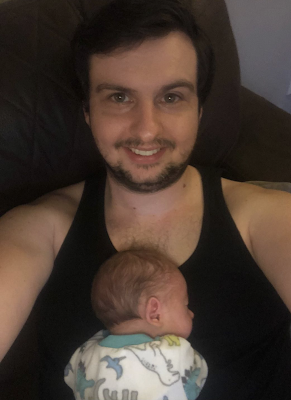 I think they like him!
Wow!  That was a week!
Next week I get my second covoid injection, Mr. K has had both of his...
And (grandma) life goes on!
~SIGH~

OH MY, Jan ! You have a lot on your plate. Estates can be hard to deal with and frustrating..all the ins and outs and legalities that have to be dealt with. Disposing of THINGS is a whole other matter. God bless you doing that job.
Love the pics of the kids. They sure make life fun, don't they?! xo Diana

I remember handling the estate of my late father in law. Wow what a job! My mom is always trying to give me things every time I go over there. She has so much stuff!!!! I regret the day I have to sort through it all. Hope the Lord takes me first.
LIsa